Malaria can be Eradicated within a Generation: Lancet 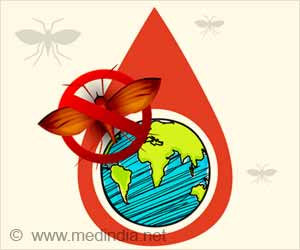 Eradicating malaria, one of the oldest and deadliest diseases from the world by 2050 is now possible, reports a new study. The findings of the study are published in the journal The Lancet.

Authored by 41 of the world's leading malariologists, biomedical scientists, economists, and health policy experts, this seminal report synthesizes existing evidence with new epidemiological and financial analyses to demonstrate that - with the right tools, strategies, and sufficient funding - the eradication of the disease is possible within a generation. The Commission's report is the first peer-reviewed, academic document of its kind.

"For too long, malaria eradication has been a distant dream, but now we have evidence that malaria can and should be eradicated by 2050," said Sir Richard Feachem, Co-chair of The Lancet Commission on malaria eradication and Director of the Global Health Group at the University of California, San Francisco (UCSF).


‘Malaria remains a devastating and deadly problem in many countries. Eradicating the disease could prevent 219 million people from getting sick, and 435,000 people from dying, every year.’
Read More..


"This report shows that eradication is possible within a generation. But to achieve this common vision, we simply cannot continue with business as usual approach. The world is at a tipping point, and we must instead challenge ourselves with ambitious targets and commit to the bold action needed to meet them."

Recent decades have seen unprecedented progress made against malaria, prompting discussions about the feasibility of eradicating the disease altogether. Since 2000, global malaria incidence and death rates declined by 36 and 60 percent, respectively, due to strong leadership, country-driven ambition, innovative new tools and strategies, and increased investments peaking at US$4.3 billion in 2016. Today, more than half of the world's countries are malaria-free.

However, this progress hangs in the balance. Despite global efforts, there are over 200 million cases of malaria reported around the world each year, claiming the lives of nearly half a million individuals. The achievements of the past two decades are threatened by recent plateaus in global funding, together with a rise of malaria cases in 55 countries across Africa, Asia and Latin America and increasing concern about parasite and vector resistance to currently available drugs and insecticides.

Additionally, malaria continues to perpetuate cycles of inequity, with 29 countries accounting for the large majority of new cases and 85 percent of global deaths reported in 2017. All but two (Papua New Guinea and the Solomon Islands) of these countries are located in Africa. Just two countries (Nigeria and the Democratic Republic of the Congo) account for 36 percent of global cases alone.

"Despite unprecedented progress, malaria continues to strip communities around the world of promise and economic potential. This is particularly true in Africa, where just five countries account for nearly half of the global burden," said Dr. Winnie Mpanju-Shumbusho, Board Member of the RBM Partnership to End Malaria and Co-chair of The Lancet Commission on malaria eradication. "Malaria eradication is a public health and equity imperative of our generation."

Modeling a world free from malaria

In the report, the authors used new modeling to estimate plausible scenarios for the distribution and intensity of malaria in 2030 and 2050. Analyses indicate that socioeconomic and environmental trends, together with improved coverage of current malaria interventions, will create a world in 2050 with malaria persisting in pockets of low-level transmission across equatorial Africa.

Rather than continue efforts to gradually reduce malaria in most countries, hold the constant threat of resurgence at bay, and fight an ongoing and increasingly difficult struggle against drug and insecticide resistance, the report notes the malaria community can instead choose to commit to a time-bound eradication goal that will bring purpose, urgency, and dedication. The objective of these efforts is to convert the modeled future of persisting malaria into an engineered future of a world free of malaria in 2050.

To achieve eradication by 2050, the Commission urges that specific and deliberate actions at country, regional and global levels must be taken. This report identifies three ways to 'bend the curve' - or accelerate the decline in malaria cases worldwide.

First, the world must improve the management and implementation of current malaria control programs and make better use of existing tools - what the Commission refers to as the "software of eradication." Second, Commissioners highlight the need to improve the "hardware of eradication" by developing and rolling out innovative new tools to overcome the biological challenges to eradication. And lastly, malaria-endemic countries and donors must provide the financial investment needed to rid the world of this disease ultimately.

While the cost of malaria eradication is unknown--as it was for smallpox, polio, and Guinea worm when their respective eradication campaigns were launched, the Commission suggests that an annual increase of approximately US$2 billion will greatly accelerate progress. When combined with the increasing commitment and ambition by endemic countries and regions and strengthened leadership and accountability, these actions will propel us towards a world without malaria by 2050 or sooner.

Writing in a linked Comment, Dr. Tedros Adhanom Ghebreyesus, Director-General of the WHO, says: "The Lancet Commission makes a bold call for eradicating malaria by 2050. I would be thrilled to see this global scourge eradicated even earlier. But we will not achieve eradication within this time frame with the currently available tools and approaches...The good news is that we, the global malaria community, know what we need to do."

Dr. Tedros goes on to call for reinvigorated efforts in research and development, increased and more effective investment, and most importantly, stronger health systems based on primary health care and a commitment to achieving universal health coverage.

Speaking on the report, Dr. Fred Binka, a Commissioner and Foundation Vice-Chancellor, University of Health and Allied Sciences, Ghana, noted: "Malaria eradication is a goal of epic proportions, and it will require ambition, commitment, and partnership like never before. But we know that its return is worth the investment, not only by saving lives in perpetuity, but also improving human welfare, strengthening economies and contributing to a healthier, safer and more equitable world. The time for action is now."] 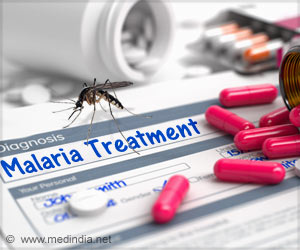 Novel Compounds Identified That Overcome Resistance To Malarial Treatment
Novel drugs that combat resistance to malaria treatment can be designed by determining the changes within the malarial parasite causing resistance and creating drugs that can evade the mechanism of resistance.
READ MORE 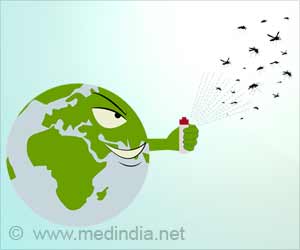