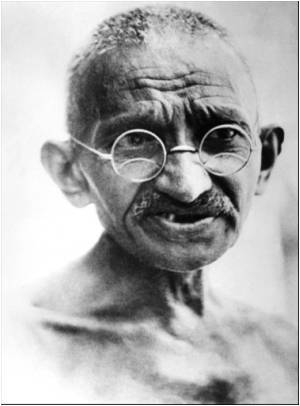 "Would Mahatma Gandhi have made a good software engineer?" was one such question asked during an interview at Deloitte.

Technology firms dominated this year's list of the 25 most oddball questions compiled by the US employment website Glassdoor.


"If Germans were the tallest people in the world, how would you prove it?"

That was the head-scratcher asked during a job interview for a product marketing post at Hewlett-Packard, the BBC reported.

Adolescent depression is an ailment that occurs during the teenage characterized by persistent melancholy, disappointment and loss of self-esteem.
Advertisement
According to Glassdoor, while technology companies included questions designed to catch candidates off guard, they also posed tried and tested queries like 'Why did you apply for this job?' and 'What are your strengths and weaknesses?'

The late Steve Jobs, co-founder of Apple, was notoriously tough on employees too.

In his authorised biography, Jobs apparently asked an 'uptight' interviewee: 'Are you a virgin?'

However, Rusty Rueff, careers and workplace expert for Glassdoor asserted that surprising questions could be an effective way to gauge a candidate's character.

"There's a bit of pressure to find how you think on your feet, trying to test that a little bit," he said.

Although the questions help in testing the best prepared candidates hoping to work for the top tech firms.

"But more importantly, they're trying to get at how someone thinks, how they solve the problem."

Users yielded more than 150,000 interview questions to Glassdoor this year.

Rueff insisted that usually the interviewers did not have a correct answer in mind, but just wanted candidates to display a coherent, logical thought process.

"What's most important is that you take a big deep breath, you don't get flustered, and you think out loud."

"Talk right through it," he added.

Some of the 'odd' questions submitted by interviewees include:

"How many people are using Facebook in San Francisco at 2.30pm on a Friday?" (Google)

"How do you feel about those jokers at Congress?" (Consolidated Electrical)

"If you were a Microsoft Office program, which one would you be?" (Summit Racing Equipment)

"You're in a row boat, which is in a large tank filled with water. You have an anchor on board, which you throw overboard (the chain is long enough so the anchor rests completely on the bottom of the tank). Does the water level in the tank rise or fall?" (Tesla Motors).

Depression is a common disorder and many worldwide suffer from depression. Early recognition of symptoms and signs of depression can help in taking a holistic approach to the management of depression.
Advertisement
<< Life Insurance Industry Reeling Under The Effect of Negativ...
Best Celebrity Hair Title is Won by Harry Judd >>

Find a Hospital Blood Pressure Calculator Drug Interaction Checker Iron Intake Calculator How to Reduce School Bag Weight - Simple Tips Color Blindness Calculator Find a Doctor Indian Medical Journals Post-Nasal Drip Sanatogen
This site uses cookies to deliver our services. By using our site, you acknowledge that you have read and understand our Cookie Policy, Privacy Policy, and our Terms of Use