Magicians in India Striving Hard Not to Disappear 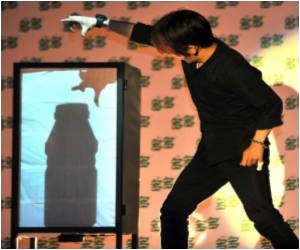 Magicians are a fading breed in India.

Prakash Mavinkurve is an unlikely magician. He works as a hospital anaesthesiologist in Mumbai -- and uses his breaks to hone his magic skills, stage routine and one-liners.

Selecting the doctor who will help you in your pregnancy is a very personal decision.
Advertisement

Medical colleagues and a captive audience of patients provide a perfect stage for coin or card tricks, which can not only put nervous children at ease but also relieve the tensions of a high-pressure job.


"There's always a group of nurses that keeps changing, so every day I can find a new guinea pig," the 58-year-old told AFP with a smile.

But like so much else in modern India, magic and magicians are changing, as the country's growing middle classes find other forms of entertainment.

Harry Potter has given a new lease of life to witchcraft. Witchcraft uses sorcery and works with supernatural powers.
Advertisement
"There are a lot of magicians in Mumbai who use the vernacular language -- Hindi or Marathi," said Mavinkurve, who counts the bumbling, fez-wearing British comic and magician Tommy Cooper as a hero.

"But there are very few that use good English. Magic is declining in popularity in English because English-speakers have more access to television, DVDs and so on.

"They have their own priorities... Now a magician has to compete."

Magicians around the world owe a lot to India, where magic or "jaadu" in Hindi has a rich history, even in ancient mythology.

Variations on the Indian balls and cup routine or basket trick, where swords apparently pass through an assistant inside a basket, have become mainstays of many stage acts.

And Western audiences and magicians continue to be fascinated by the Great Indian Rope Trick, in which a small boy shins up a long, rigid rope and then disappears.

Colonies of wandering street magicians, among whom such tricks have been passed down through the generations, still exist although their numbers are dwindling.

"Traditional Indian magic may be dying," said Mandar Patil, who with his wife runs Patil's House of Magic and Entertainment in Mumbai, a treasure trove of tricks and props from self-tying shoelaces to hand-chopping guillotines.

"There are very few of those street magicians' colonies left," he said. "To earn your livelihood and survive just by performing magic is difficult."

Patil is a past president of the Society of Indian Magicians and developed a love for magic from his father, who performed at Indian festivals when the family lived in Toronto, Canada.

The organisation, established in 1932, is one of India's oldest, although membership only runs into the low hundreds.

The Internet and television shows have opened up the previously secret world of magicians, allowing newcomers to learn tricks.

Specialised magic academies have also been set up, dedicated to preserving traditions and teaching would-be magicians.

"For the common man, it's good entertainment," said Patil. "There has been a lot of exposure on television and people have come to know the different types of magic from close-up and conjuring to illusion."

But Patil and Mavinkurve say Indian performers are having to adapt, as audiences become more exposed to the likes of big name overseas artistes such as US illusionists David Blaine, Criss Angel or David Copperfield.

"We have copied Western culture," said Patil. "It's more Westernised in India now. Magicians are not doing traditional tricks in daily shows, birthday parties and all that. They are doing more Western magic."

"There's not much creation (in India)," added K.S. Ramesh, an actor-magician and president of the Magic Academy in the southern city of Bangalore, saying fee-paying audiences now expected elaborate, Las Vegas-style presentation.

For the self-taught Mavinkurve, who became hooked on magic after a colleague performed a trick at a medical conference over 30 years ago, such influences have made life more difficult for those who rely on simple sleight of hand.

"The magic that the audience sees is coming from overseas," he said. "It's very high-tech. Many people will compare it when I perform."

Nevertheless, the magicians said they believed the ancient art of trickery and illusion still has a place in modern India and there is still a demand among customers who are prepared to be amazed.

"When the magic happens in that nanosecond, it's the same whether it's an Indian street magician or David Copperfield," said Ramesh. "The thrill and feel for the audience at that moment: that's why magic will always be there."

Is there anyone in this world who fails to be swayed by the magic of youth? None, for when youth explodes joyously all Nature smiles!
Advertisement
Advertisement
This site uses cookies to deliver our services.By using our site, you acknowledge that you have read and understand our Cookie Policy, Privacy Policy, and our Terms of Use  Ok, Got it. Close
×