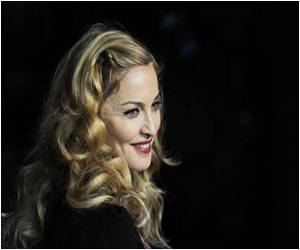 Madonna admitted that she quit taking drugs as she doesn't have the required stamina to take them.

The 'Like A Virgin' singer revealed to a magazine that she went through a stint of trying out drugs during her younger years, but sooner she realized that it was destroying her day by day, the Mirror reported.
Advertisement

The 56-year-old singer added that when she used to take drugs she wouldn't be able to get out of bed for days afterwards, and used to feel terrible, and therefore, she decided that she'll not going to allow drugs to take over her.

UK's Most Written-about Celebrity is Madonna
UK's most written-about celebrity of the entire decade is the queen of pop - Madonna....

Madonna's New Gym Gets Mexican Permit
Madonna's new gym in Mexico City finally got a permit to operate two days after the US pop diva ......

Lady Gaga is Second in the Powerful Celebrities List
Lady Gaga in the news again and this just adds to her appeal and popularity....

Depression Drugs Linked to Dental Implant Failures
A recent study from McGill University found that dental implant procedures may be twice as likely .....