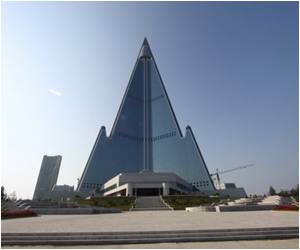 The Democratic People's Republic of North Korea is all set to be transformed into a world-class tourist destination, starting with a luxury underwater hotel, reports North Korean leader Kim Jong-un.

New.com.au has reported that the hotel concept is part of a development project for the region around Wonsan, on the country's east coast.

The report says that Kim plans to make the industrial port city of Wonsan the gateway to a major beach resort development on the nearby Kalma Peninsula to lure international tourists.


Apart from an underwater hotel, the 1400ha development would also reportedly feature an amusement park and flower park.

The beach resort to be built at Wonsan, which is 200km from the North Korean capital Pyongyang, would cater to up to 100,000 visitors, the report adds.

'Bright Tourism' Future Foreseen By North Korea
A "bright future" for tourism is foreseen by North Korea. It said that it would offer more ......