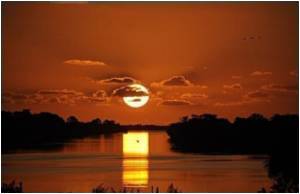 A new study in mice has revealed that vitamin D deficiency alters lung structure and function.


"This is the first direct mechanistic evidence showing that vitamin D deficiency alters lung development, which may explain the association between obstructive lung disease and levels of vitamin D."

Vital info about vitamin B9, its molecular structure, dietary sources, beneficial aspects, symptoms of deficiency and toxicity, supplementation tips and related research news are discussed in detail
Advertisement
To conduct their study, the researchers used a mouse model of vitamin D deficiency and evaluated lung responses of two-week-old mice, comparing them to control mice without vitamin D deficiency to determine what, if any, effects the deficiency may have caused in the growth, structure or function of the lungs.

"The aim of this study was to determine if vitamin D deficiency results in altered lung function and/or structure as a potential explanation for the association between vitamin D and chronic respiratory disease," said Dr. Zosky, who is also an adjunct senior lecturer at the University of Western Australia's Centre for Child Health Research. "Specifically, we aimed to determine if vitamin D deficiency has an influence on lung growth as indicated by a decrease in lung volume. We also wanted to determine if the deficiency alters the mechanical properties of the lung tissue due to changes in the structure of the lung."

The researchers found that airway resistance was significantly higher while lung volume was significantly lower in vitamin D-deficient mice compared to control mice. Examinations of specific tissue responses revealed model mice had reduced lung function. Lungs were also smaller in model mice, which Dr. Zosky said could have been caused by the deficiencies of the mother or of the offspring.

"Due to the nature of this study, we were not able to determine whether the differences in lung size and function we observed in the deficient offspring were the result of their own deficient status or as a consequence of developmental deficits that occurred in utero due to the mother's deficiency," he said.

Dr. Zosky noted that although recent studies suggest that vitamin D deficiency is associated with reduced lung function, causal data confirming a relationship between vitamin D and lung function have been lacking.

"For the first time, we have demonstrated a direct role for vitamin D in causing decreased lung function in the absence of known confounders such as physical inactivity, confirming the assertion by epidemiological studies that there is a relationship between vitamin D deficiency and lung function," Dr. Zosky said.