Tobacco cessation is considered the single most effective primary prevention strategy for reducing the risk of lung cancer death in patients. Having a better understanding of smokers and their characteristics can help to better identify their downstream outcomes, determine predictors of continued smoking and develop a personalized treatment plan.


A new study in the May edition of the journal CHEST® investigated the relationship between the degree of nicotine dependence and the likelihood to quit smoking and clinical cancer and mortality outcomes in a cohort of screened patients. The study found that patients with a higher nicotine dependence are less likely to quit post-lung cancer screening.


Researchers from the Medical University of South Carolina conducted a secondary research analysis on the National Lung Screening Trial (NLST), which included 53,452 current and former (i.e., quit within 15 years) smokers between the ages of 55-74 with a minimum of a 30 pack-year cigarette smoking history. Participants were randomized into three rounds of annual screening with either low-dose computed tomography or chest radiography to check for lung cancer.

The study first analyzed a subset of 14,125 participants who filled out a more detailed smoking history questionnaire than the other participants. Researchers also aimed to focus on how current nicotine dependence related to medical outcomes in a subset of 7,056 current smokers. To evaluate tobacco dependence within patients, researchers utilized the Fagerstrom Test for Nicotine Dependence (FTND).

"The Fagerstrom Test for Nicotine Dependence (FTND) is a six-item self-report scale commonly used for the measurement of severity of dependence on cigarettes. It has been recently shown that assessing nicotine dependence with time to first cigarette (TTFC) can help to classify lung cancer screening patients with regard to their lung cancer risk, which may be helpful in shared decision-making visits and establishing better risk-predictive eligibility criteria for screening," Alana Rojewski, lead author explained.

In this study, the researchers found that current smokers have varying levels of tobacco dependence that can help predict a person's ability to quit and clinical outcomes. A single question within this screening tool, TTFC, was associated with outcomes in this population. Specifically, those who had their first cigarette within 5 minutes of waking were significantly less likely to be successful in smoking cessation, significantly more likely to have lung cancer and had significantly higher rates of death.

"Given the extensive smoking histories of lung-screening patients and their risk for poor clinical outcomes, utilizing this information can help to develop tailored tobacco treatment plans," Dr. Rojewski added. "We have an opportunity to improve risk assessment for lung cancer, which may lead to better individual and health system outcomes in the future." 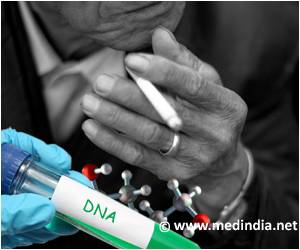 Genetic Testing for Smoking Cessation
Inherited or genetic differences in nicotine clearance rates are associated with cessation rates. Most people want their general practitioners to inform them and would undergo genetic tests by them.
READ MORE