Lowering Systolic Blood Pressure to Below 120 Would Save More Lives 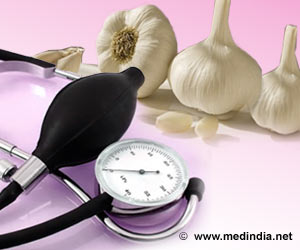 Intensive treatment to lower systolic (top number) blood pressure to below 120 would save more than 100,000 lives per year in US, suggests a study led by Loyola University Chicago researcher Holly Kramer, MD, MPH.

Two thirds of the lives saved would be men and two thirds would be 75 or older, according to the study, which was presented at the American Heart Association's Council on Hypertension 2016 Scientific Sessions. Current guidelines recommend keeping systolic blood pressure below 140 mm Hg.


"When the treatment goal was lowered to a maximum of 120 mmHG, there was a huge reduction in mortality," said Dr. Kramer, the study's first author. "Few other medical interventions have such a large effect."


‘High blood pressure, or hypertension, is a leading risk factor for heart disease, stroke, kidney failure and other health problems.’

Loyola University Medical Center was among the centers that enrolled patients in the SPRINT trial, which included more than 9,350 adults ages 50 and older who had high blood pressure and were at high risk for cardiovascular disease. The SPRINT trial found there was a 27 percent reduction in mortality from all causes when systolic blood pressure was lowered to below 120 mm Hg, compared to the standard care of lowering blood pressure to below 140 mm Hg.

Using data from the National Health & Nutrition Examination Survey, researchers determined that more than 18.1 million American adults met the criteria of patients enrolled in the SPRINT trial. Dr. Kramer and colleagues estimated that, among these 18.1 million adults, fully implementing an intensive regimen to lower systolic blood pressure below 120 mm Hg would prevent approximately 107,500 deaths per year.

Blood Pressure Targets for Patients With Diabetes are Being Challenged
There are approximately 300,000 patients with diabetes in Sweden, but they are not the only ones affected by the revised blood pressure targets.
READ MORE

DASH Diet Reduces Blood Pressure, Risk of Kidney Disease
Kidney disease affects 10 percent of the U.S. population -- more than 20 million people. Less than one in five who have it are aware that they do.
READ MORE