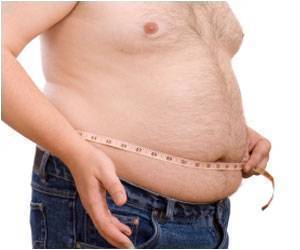 Lower socioeconomic position (SEP) is associated with higher adult BMI, suggests previous studies. But, whether those associations have changed over the past decades was unclear.

Both childhood and adult socioeconomic position continue to be associated with adult body mass index (BMI) in Britain despite policies designed to reduce BMI inequalities, suggested to a study published in PLOS Medicine by David Bann, from the UCL Institute of Education, UK, and colleagues.

Childhood obesity is one of the most serious health challenges in the developing countries and needs to be understood and tackled effectively.
Advertisement
‘The persistence of inequalities in BMI throughout adulthood across different generations suggests that new and/or improved strategies are required to reduce them.’


Lower SEP in childhood was associated with higher adult BMI in both genders and in all cohorts. This association increased with age - the older someone got, the greater the influence of childhood SEP on BMI. The association between adult SEP and BMI was generally stronger in women than men and in more recent years, although not as individual people aged.

Over 1 billion people world-wide are obese thus affecting their health due to their nutrition and lifestyle. 3.9% of India's population is obese! Know more about obesity and its prevention.
Advertisement
For example, among those born in 1946, 42-43 year-old women in the lowest SEP group (unskilled occupations) had a BMI 2.0 kg/m2 higher than those in the highest SEP group (professional occupations); among those born in 1970 that difference had grown to 3.9 kg/m2.

"The persistence of inequalities in BMI throughout adulthood across different generations suggests that new and/or improved strategies are required to reduce them," the authors say. "Given our findings of progressively widening BMI inequalities across adulthood, and the fact that BMI tends to track across life, interventions may be most effective when initiated as early in life as possible."

Sugar in terms of caloric value is similar to starch, but in terms of metabolic effects, it is far different. It comes with a special payload.
Advertisement
<< Few Endocrinologists Have Received Formal Education on Trea...
Coca-Cola's 'Happy Holidays' Truck Tour Should be Banned >>