Lower Incomes Makes It Tough for Parents to Discipline Children 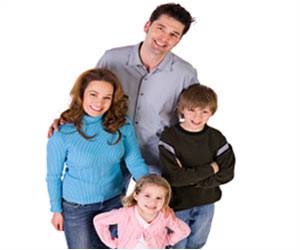 A recent survey has revealed that disciplining children is harder for parents on lower incomes.

A poll of more than 1,000 parents found only 27 percent of those whose incomes fell into the bottom fifth were consistent at setting and enforcing rules, compared with 41 percent of parents with incomes in the upper fifth.

Children find shared parenting arrangements traumatic although it might be in some ways beneficial to separated parents.
Advertisement

Kitty Ussher, director of political think-tank Demos, said those who worked in low-income jobs should get more support.


"Inconsistent parenting ... will only be addressed by looking at reducing poverty, improving housing stock and supporting good parenting," the Scotsman quoted her as saying.

Survey Says Most Childless Taiwanese Have No Parenting Plans

A survey has found that most childless Taiwanese have no plans of parenthood even though the vast majority believe that a dwindling birth rate is a serious issue for the island.
Advertisement
<< Electrical Lights Before Bedtime Affects Sleep Quality, Blo...
'Inverse Benefits' of Aggressive Drug Marketing Harm Patien... >>

Attention deficit hyperactivity disorder (ADHD) is caused by genes and not by flawed parenting habits and skills, report scientists.