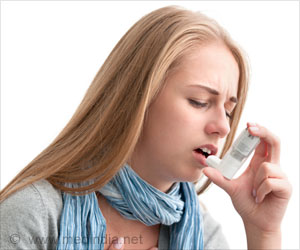 Vitamin D supplementation may not show favorable effects in reducing the risk of asthma in children or adults, atopic dermatitis, or allergies according to a new study.

In the new work, researchers looked at genetic and health data on more than 100,000 individuals from previous large studies to determine whether genetic alterations that are associated with vitamin D levels predispose people to asthma, dermatitis, or high IgE levels.


The researchers found no statistically significant difference between rates of asthma (including childhood-onset asthma), atopic dermatitis, or IgE levels in people with or without any of the four genetic changes associated with lower levels of 25-hydroxyvitamin D.

Vitamin D is an essential vitamin necessary for the development of bones. Sunlight helps the body to produce vitamin D. Vitamin D deficiency results in rickets in children and osteomalacia in adults.
Advertisement
However, the results do not exclude an association between the outcomes and levels of 1,25-dihydroxyvitamin D, the active form of the vitamin, and more work will be needed to determine if the results hold true in non-European populations and in people with vitamin D deficiency.

"Our findings suggest that previous associations between low vitamin D and atopic disease could be due to spurious associations with other factors," said Dr. Despoina Manousaki, the lead author and a PhD student at the Lady Davis Institute.

These findings contrast with a recent study from the same group which used similar methods to provide evidence supporting a causal role for vitamin D in the risk of multiple sclerosis, a common neurological disorder.

Risk of multiple sclerosis is elevated in some population groups, including white people of European descent and women, and these findings suggest that people at risk for multiple sclerosis should ensure that they have adequate vitamin D levels, but that efforts to increase vitamin D would not be expected to protect against asthma.

Vitamins are essential for our body to grow and develop normally. Vitamin deficiencies are widespread. Understand the role of dietary sources in vitamin deficiency prevention.

Essential fatty acids - omega 3 and omega 6 are sometimes referred to as Vitamin F. The body is not capable ...