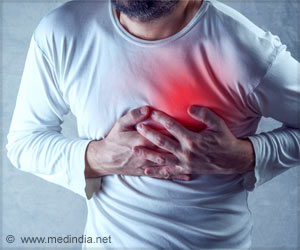 Lower levels of testosterone are not just the representative of your sexual health but are also found to be associated with chronic diseases. Chronic diseases that are being talked about here are type 2 diabetes, arthritis, cardiovascular disease, stroke, pulmonary disease, high triglycerides, hypercholesterolemia, hypertension and clinical depression.

The findings of this study are published In the journal of Scientific Reports.

Advertisement
‘Low testosterone in total was associated with multimorbidity in chronic conditions such as type 2 diabetes, arthritis, cardiovascular disease, stroke, pulmonary disease, high triglycerides, hypercholesterolemia, hypertension and clinical depression. It was found to be more prevalent among young and older men with testosterone deficiency.’

"If we look at data for men from a population level, it has become evident over time that chronic disease is on the rise in older males," says Mark Peterson, Ph.D., M.S., FACSM, lead author of the study and assistant professor of physical medicine and rehabilitation at Michigan Medicine. "But we're also finding that a consequence of being obese and physically inactive is that men are seeing declines in testosterone even at younger ages."


Peterson and colleagues studied this relationship among testosterone, age and chronic disease.

"Previous research in the field has shown that total testosterone deficiencyin men increases with age, and studies have shown that testosterone deficiency is also associated with obesity-related chronic diseases," Peterson says.
Advertisement
"But it hasn't been previously understood what the optimal levels of total testosterone should be in men at varying ages, and to what effect those varying levels of the hormone have on disease risk across the life span."

The study's basis came from previous work from other researchers that appeared to define normal ranges of testosterone but didn't use population-representative cohorts, he says.

"Previous studies used clinical cohorts that were not reflective of the current male population in the United States," Peterson says. "The cohorts they used enforced strict guidelines for patients that were accepted into the cohort. Therefore, those patients tended to be much healthier."

Peterson and colleagues, then, leveraged a population sample that was much more representative of males in the United States today.

Using data from the National Health and Nutrition Examination Survey, the research team examined the extent to which hypogonadism is prevalent among men of all ages.

Of the 2,399 men in the survey who were at least 20 years old, 2,161 had complete information on demographics (e.g., age, ethnicity, and household income), chronic disease diagnoses, blood samples obtained for total testosterone, grip strength and lab results for cardiometabolic disease risk factors.

"We also found a large dose-response relationship between the age-specific low total testosterone and moderate total testosterone levels and multimorbidity, even after adjusting for obesity and muscle strength capacity," Peterson says. "Which means that men should be concerned about declining total testosterone, even if it has not reached a level to warrant a clinical diagnosis (<300 ng/dL [10.4 nmol/L])."

Co-author Aleksandr Belakovskiy, M.D., a resident in family medicine at Michigan Medicine, who helped to design and carry out the study, notes that the results show the need for further testing and research.

"This study showed a robust association between testosterone and multiple medical morbidities that could influence the way we think about testosterone in general practice," Belakovskiy says. "While these findings cannot prove causation, it does spark the need for better clinical awareness and more research."

The team hopes the study and its results can serve as a public service announcement for men.

"A lot of men may not be aware of the risk factors for testosterone deficiency because of their current lifestyle," Peterson says. "And more importantly, that declining levels could be contributing to a silent decline in overall health and increased risk for chronic disease."

Testosterone Levels may be Regulated by Enzyme That Digests Vitamin A
An enzyme that converts the dietary carotenoid beta carotene into vitamin A in the body may also ......