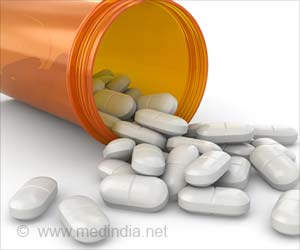 Reduced dose of prasugrel was as effective and associated with a reduced risk for bleeding compared with a standard dose of ticagrelor for elderly or low-weight patients with acute coronary syndrome (ACS). The trial findings are published in Annals of Internal Medicine.

The risk of life-threatening bleeding increases significantly through pre-treatment with the P2Y12 antagonist prasugrel prior to catheterization in patients with acute coronary syndrome.
Advertisement
‘Lower dose of prasugrel maintained anti-ischemic efficacy apart from protecting elderly and low-weight patient population against the excess risk for bleeding.’
Read More..

The ISAR-REACT 5 (Intracoronary Stenting and AntiThrombotic Regimen: Rapid Early Action for Coro-nary Treatment 5) trial showed that prasugrel was superior to ticagrelor in reducing the composite end point of death, myocardial infarction, or stroke without increasing the risk for major bleeding in patients with ACS who were managed invasively.


In this secondary analysis, researchers from the Deutsches Herzzentrum München (Technische Universität München) and German Center for Cardiovascular Research assessed efficacy and bleeding in nearly 4,000 elderly or underweight patients with ACS planned for invasive management at one of 23 medical centers who were randomly assigned to receive either a reduced dose of prasurgrel or a standard dose of ticagrelor.

They found that the lower dose of prasugrel maintained anti-ischemic efficacy while protecting this patient population against the excess risk for bleeding.