Low-calorie Diets and Healthy Ageing - How are They Related? 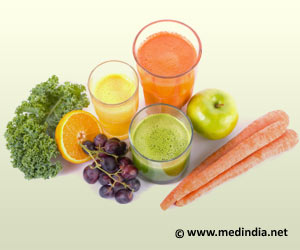 Beneficial effects of low-calorie diets on healthy ageing has been highlighted in a new study. Targeting mechanisms in the central nervous system sense energy generated by nutrients.

The study conducted at Harvard T.H. Chan School of Public Health suggested that Targeting mechanisms in the central nervous system that sense energy generated by nutrients might yield the beneficial effects of low-calorie diets on healthy aging without the need to alter food intake.

The study focused on a molecule called "AMP-activated protein kinase," or AMPK, which acts as a molecular fuel gauge to detect energy levels. It's been known that AMPK plays important roles in all cell types, but researchers didn't understand which of these activities were most critical to regulating longevity.


The researchers found that AMPK inhibited the activity of a protein called CRTC-1 in neurons. This process, in turn, controlled the behavior of mitochondria the primary energy-producing organelles in cells throughout the organism, by altering production of a neurotransmitter. The researchers were struck by the fact that altering the AMPK pathway in just a limited set of neurons was sufficient to override its effects on metabolism and longevity in other tissues. Aging was influenced more by what the animals perceived they were eating than what they actually ate.

Keeping weight under control can help reach the target goals of blood glucose, blood lipids and blood pressure. Even a modest amount of weight loss can help in managing lifestyle related conditions.
Advertisement
The study suggested that manipulating this energy-sensing pathway can cause organisms to perceive their cells to be in a low-energy state, even if they are eating normally and energy levels are high. Drugs targeting the cells' energy-sensors in this way could potentially address age-related diseases, including cancer and neurodegeneration, and may offer an alternative to caloric restriction.

One sure approach to maintaining lasting youthful looks lies in the food that is consumed, in our daily diet. The webpage offers some great tips on preserving a wrinkle-free, glowing skin.
Advertisement
Advertisement

Bland diet is useful for people with gastrointestinal problems. Those who suffer from frequent heartburn or ...

Comfort foods can be based on habits or the unfamiliar; convenience or exploration. Healthy makeover for ...

Low-calorie Diets and Healthy Ageing - How are They Related? Personalised Printable Document (PDF)