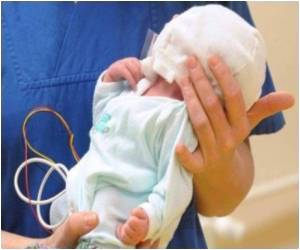 A new study has found that low birth weight is a key environmental factor which leads to the development of autism spectrum disorder (ASD) in children.

Although the genetic basis of autism is now well established, a growing body of research also suggests that environmental factors may play a role in this serious developmental disorder affecting nearly one in 100 children.

"Our study of discordant twins-twin pairs in which only one twin was affected by ASD-found birth weight to be a very strong predictor of autism spectrum disorder," Molly Losh, the lead author of the study from Northwestern University, said.


Prior twin studies have shown that when one identical twin had ASD, the other twin was much more likely to have ASD than not.

"Because identical twins share virtually 100 percent of their genes, this is strong evidence for the role of genetics in autism," Losh said.

Recent study reports that children with severe autism are likely to have more severe gastrointestinal symptoms.
Advertisement
"Yet it is not 100 percent the case that ASD affects both identical twins in a twin pair.

"That only one twin is affected by ASD in some identical twin pairs suggests that environmental factors may play a role either independently or in interaction with autism risk genes.

"And because autism is a developmental disorder impacting brain development early on, it suggests that prenatal and perinatal environmental factors may be of particular importance," she said.

The researchers found that lower birth weight more than tripled the risk for autism spectrum disorder in identical twin pairs in which one twin had ASD and the other did not.

They found the risk for autism spectrum disorder rose 13 percent for every 100 gram- (3.5 ounce-) decrease in birth weight.

"There's been a great deal of misinformation about the causes of autism-from the 1950s misconception that the distant maternal behavior of what were dubbed 'refrigerator mothers' was at fault to the ill-informed myth that vaccines can cause autism," Losh added.

Losh and her colleagues' findings add to a growing body of knowledge about the complex causes of autism and suggest that birth weight could be one of the environmental features that interact with underlying genetic predisposition to autism.

Losh, who directs Northwestern's Neurodevelopmental Disabilities Laboratory, warned that the findings from twin studies might not extend to singletons, as the prenatal and perinatal conditions for twins and singletons differ in important ways.

The researchers studied a population-based sample of 3,725 same-sex twin pairs that were part of the Swedish Twin Registry's Child and Adolescent Twin Study that was directed by Paul Lichtenstein of Sweden's Karolinska Institute. The discordant twins they studied were pairs in which one twin was more than 400 grams (about 14 ounces) or at least 15 percent heavier at birth than the other.

The study will be published in the journal Psychological Medicine.

An article that highlights the harmful effects of antidepressants on children with autism.
Advertisement
Advertisement

Rett Syndrome is a neurological disorder that affects development. It mostly affects the girl ...