Losing Weight to Play a Role 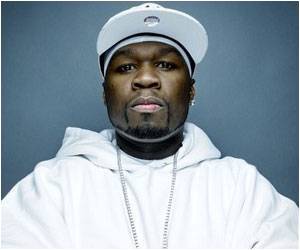 Curtis "50 Cent" Jackson, the popular rap artiste, lost an incredible 54 pounds of weight to play the role of a college football player while he battles with cancer.

The movie 'Things Fall Apart' is the latest in a line of movies that the former rapper has acted in and is 'a quiet masterpiece of unintentional comedy' as some critics have called it. The Director Jaie Laplante says, "50 Cent's physical transformation... kept the story fresh, gritty and powerful."

A few extra steps a day are enough to keep you fit.
Advertisement

The rapper credited his motivation for acting in the film to his best friend, Charles Pringle who died of cancer.


Critics commend the way the 35-year old actor changed his grooming to become a college kid. But the transformation that has held everyone spellbound is his loss in weight to show the progression of the disease.

"At the very end, scarily skinny 50 is in a nifty white shirt and tie combo, sprinting while crying. Then he puts his hands in the air in a bit of personal triumph, and the image freezes. It's ... it's incredible," says Amos Barshad in Vulture.

Correct diet and a planned exercise regime is the mantra of healthy and sustainable weight loss.
Advertisement
<< New Device in Glucometer Data Management
Basis for Broccoli's Cancer-Fighting Ability may be a Bioch... >>