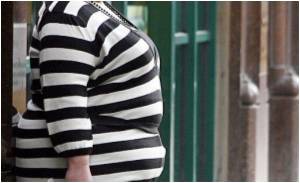 Desperate to shed flab? Pause. New study says that long-term weight loss could leave you vulnerable to a host of diseases.

When fat breaks down, organic pollutants linked to illnesses like diabetes, hypertension and rheumatoid arthritis, are released into the bloodstream, researchers said on Tuesday.

Persistent organic pollutants (POPs) are compounds created by humans in industrial processes and have been linked to a wide range of illnesses, including type 2 diabetes, cancer, dementia, and heart disease.


"Once released into the bloodstream, these pollutants are able to reach vital organs," said lead researcher Duk-Hee Lee at the Kyungpook National University in Daegu in South Korea.
Advertisement
Those who lost most weight over 10 years had the highest concentrations of the compounds, called persistent organic pollutants (POPs), compared to those who gained or maintained a steady weight.

"There is emerging evidence that POPs ... are not safe," Lee said.

Subjects who lost significant weight over the course of ten years were compared to those who gained or maintained a steady weight. The "Biggest Losers" had the highest concentrations of POP's.

The researchers factored in age, gender and race to explain the differences in concentrations of these pollutants but weight history remained a statistically significant factor.

They say the findings may help explain why some studies have suggested, though not proven, that the risk of heart disease, dementia, or death may sometimes increase after weight loss.

However, it's still unclear whether this release of the persistent organic pollutants associated with weight loss or pre-existing obesity-related illnesses are responsible for this increase in risk.  Hence further studies will have to be done on the issue, it has been stressed.