Long-Distance Couples can Send Out Good Vibrations Via Steamy App 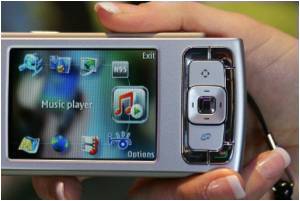 The 'Closer ToGetHer' app, which costs 5.49 dollars, has been billed as the perfect romantic aid for long-distance lovers including military couples and frequent travellers.

"Rob and Sara love each other, but work keeps them apart more than they'd like," the Daily telegraph quoted a video advertisement on the Closer ToGetHer website as saying.


"As a result, their sex life isn't great. But now, they can get Closer ToGetHer. Now Sara can feel Rob's touch even when they're apart, as he controls the vibration of her phone.

"Slow, fast, or anywhere in between, Rob and Sara can add a little physicality to their remote romance," it said.

The app's maker told US technology site Mashable that he came up with the idea after starting a long-distance relationship.

Source: ANI
Advertisement
<< Why Women are Attracted Towards Macho Looks
Washington, D.C. Is the Best Place To Cheat On Your Spouse >>