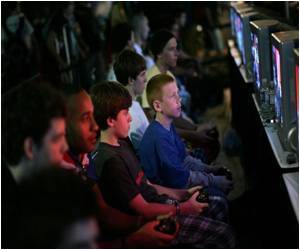 In a recent study the emotional response of a person to a series of television advertisements has been measured. Firstly, it was confirmed that long commercials are more effectively self-explained and adjust better to the anticipated emotions of the spectator than their short counterparts which evoke greater emotional "confusion".

In a recent study the emotional response of a person to a series of television advertisements has been measured. Firstly, it was confirmed that long commercials are more effectively self-explained and adjust better to the anticipated emotions of the spectator than their short counterparts which evoke greater emotional "confusion".

Now you can watch television shows on your T-shirts.
Advertisement

Longer adverts seem also to elicit stronger emotional responses in the person which is also true for negative social adverts. Secondly, adverts on social or moral behaviour (in both the positive and negative categories) achieve absolute values of emotional intensity that considerably outperform those of commercial adverts (both short and long ones).


These findings might help agencies, media organisations and advertisers to optimize the profitability of their campaigns.

40 films, 30 volunteers and a pulse meter

Intelligent Television That can understand Voice Commands and Gestures

Apple computer company is working on a new type of television which can understand voice commands and gestures.
Advertisement
So far, the advances achieved by neuroscience have been based on technologies that employ cumbersome equipment that "tie" the subject to the laboratory and prevent his or her behaviour from being observed in a natural environment. Researchers at Tecnalia have devised a system that use readings from a standard device (a commercial heart rate monitor) to measure the valence of the emotions an individual experiences at a specific moment and transmit that information via a Bluetooth connection to a smartphone.

The original aim of the system is to function as a mechanism to automatically communicate emotions and thus can be used to measure the emotional response to any kind of stimulus. On this occasion we were interested in detecting reactions to a series of TV adverts with one aim in mind: to assist in the debate on whether it is advisable to give publicity on social issues a positive or negative character.

This is the first time that this technology has been used for studies in advertising and the analytical methodology was designed especially for the experiment. What is more, both the experiment and the software and systems were developed entirely in the Basque Autonomous Community (region).

The tests were conducted in two sessions with 30 volunteers each -divided into three groups of 5 people, 3 people of one gender and 2 of the other-. A heart rate monitor was fitted to each of the participants to measure their emotional valence during the screening of 40 films (10 tv spots of a social nature with a positive flavour and 10 with a negative content, 10 commercial adverts broadcast on national TV during the second half of November in their full versions, and the 10 shorter versions of these same adverts). Following the broadcast of each video sequence, a black screen was shown for one minute while each participant completed a questionnaire about the emotions he or she had experienced.

Full-page colour advertisements in leading newspapers reminded Indians that daughters bring joy to life in a campaign designed to tackle the country's worsening gender imbalance.
Advertisement
Advertisement
This site uses cookies to deliver our services.By using our site, you acknowledge that you have read and understand our Cookie Policy, Privacy Policy, and our Terms of Use  Ok, Got it. Close
×