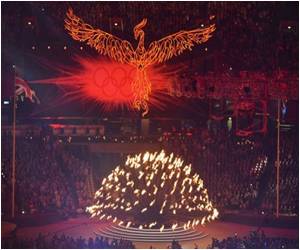 Celebrating the cut-out works of French artist Henri Matisse, London's Tate Modern will open a blockbuster exhibition, which made even Picasso jealous.

Tate director Nicholas Serota boasts that the much-anticipated show, which brings together more than 100 works from around the world, "will be the most evocative and beautiful show that London has ever seen".

At a London auction, a collection of works by LS Lowry sold for £15.2 million ($25 million), with a painting of Piccadilly Circus topping the night's bidding at £5.1 million.
Advertisement

Of the vibrant cut-outs, Serota said: "People sometimes say these could be done by a child, but it's only an old man that has this incredible freedom of mind."


"It's a show for the summer," said Times critic Rachel Campbell-Johnson, one of many British experts enchanted by the explosion of colours in the old power station.

Burberry Prorsum have come up with a romantic, hand-crafted collection of flowing dresses worn with embroidered shearling coats and cozy cashmere blankets at London Fashion Week on Monday.
Advertisement
"Tate Modern is translated into a sunlit studio in the south of France," she wrote.

Exhibition curator Nicholas Cullinan took five years to gather the cuttings, which include four of the artist's iconic Blue Nudes and mock-ups of stained glass windows for the Chapel of the Rosary in Venice.

At the end of his life, ravaged by disease and confined to a wheelchair, Matisse became more and more interested in the technique of cutting until scissors finally replaced brushes as his favourite tool.

A film shown in the exhibition shows the artist in his studio, eagerly cutting coloured gouache paper before composing the final works, sometimes huge, with the help of assistants.

"Most artists towards the ends of their life often develop something they call a 'late style'. If you think about people like Titian or Rembrandt or Monet, as painters their work became more gestural. But what Matisse instead did was to develop an entirely different medium," Cullinan told AFP.

Matisse's new direction impressed Picasso, who became jealous of the work when he came to visit his colleague's Nice studio, according to Cullinan.

"And I think he was very aware he was in a race against time to complete these works" before his death in 1954 at the age of 84.

Bicycle Sharing Scheme in London Has Had Positive Health Effect

Authors of a new research are suggesting that the potential benefits of cycling may not currently apply to all groups in all settings.
Advertisement
News A-Z
A B C D E F G H I J K L M N O P Q R S T U V W X Y Z
What's New on Medindia

Find a Hospital Drug Side Effects Calculator Blood Donation - Recipients Find a Doctor Sinopril (2mg) (Lacidipine) Blood - Sugar Chart Selfie Addiction Calculator Accident and Trauma Care Loram (2 mg) (Lorazepam) Calculate Ideal Weight for Infants
This site uses cookies to deliver our services.By using our site, you acknowledge that you have read and understand our Cookie Policy, Privacy Policy, and our Terms of Use  Ok, Got it. Close
×