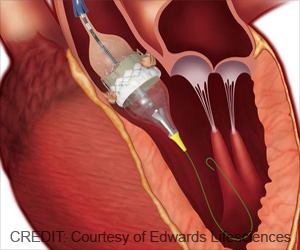 Patients who are given a local anesthetic before inserting a cannula into the vein have reduced sensation of pain when larger gauge cannulas are used. Compared with intradermal lidocaine infusion, the use of vapocoolant spray has lower rate of venepuncture failures, says study led by Dirk Rüsch and coauthors from the Department of Anaesthesiology and Intensive Care Medicine, Philipps University of Marburg. The study is published in the Deutsches Ärzteblatt International.

Inserting a venous cannula is a routine procedure, which nonetheless can cause discomfort/stress for patients. Existing data show that local anesthesia to prepare the venepuncture site is standard treatment in children, but that this is handled rather less consistently in adults. In order to determine the effectiveness of local anesthesia when inserting a cannula into a vein on the dorsum of the hand, 450 adult inpatients at the University Hospital of Marburg were allocated to different treatment and control groups. After the first attempt at venepuncture, they were asked to score their subjective pain/discomfort caused by the procedure using an 11-point numerical rating scale (NRS; 0=no discomfort, 11=unbearable discomfort). After using vapocoolant spray, an average score of 2.4 for pain/discomfort showed a statistically significant improvement compared with the control group, with a score of 4.0). After lidocaine injection, the NRS score improved to 3.2 points, which was not considered as clinically relevant compared with the control group. If cannulas of 17 gauge or larger were used, the benefits of local anesthesia were even more easily measured on the pain scale: 2.6 points when vapocoolant spray was used, 3.5 for lidocaine, and 5.0 in the control group.


The authors interpret this as proof that local anesthetic preparation of the venepuncture site on the dorsum of the hand is indicated if a cannula of 17G or larger is being used. In their view, patients' scores were significantly and to a clinically relevant degree better after lidocaine injection as well as after vapocoolant spray application. If larger gauge cannulas were used, an even greater benefit of these interventions can be assumed, in the authors' opinion, whereas in smaller gauge cannulas (e.g. 20G) the subjective pain/discomfort was comparatively low. As the rate of failed puncture attempts is notably higher after lidocaine injection because of the intradermal welt, the authors recommend cooling anesthesia in peripheral venous cannulation as an at least equivalent alternative to lidocaine application.

Anesthesia can Pose a Danger to Kids Younger Than Three
Prolonged anesthesia exposure poses a possible threat to brain development in children under the ......

General Anesthesia
General anesthesia is treatment with medications that induce a state of deep sleep and unconsciousne...