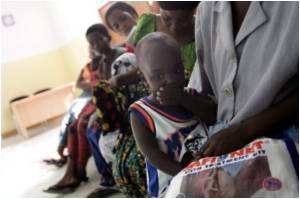 Scientists claim that people living in countries infested by diseases have lower IQs.

When the body fights infections, energy from the brain is diverted towards this fight, thus curbing brain development, said the researchers.

The human brain is exquisitely intrinsic and is the seat of all emotions. If you are curious about what makes you bad, sad, silly or glad this quiz on the brain will satiate you.
Advertisement

The latest theory has been put forward by Randy Thornhill and his colleagues who used three published surveys of global IQ scores and compared them with data from the World Health Organisation (WHO) on how badly infectious diseases affect different countries.


The list included common infections, such as malaria, tetanus and tuberculosis.

The scientists found that the level of infectious disease in a country was closely linked to the average national IQ.

The brain is the most amazing and complex organ in this universe and has billions of nerve cells called as neurons. Medindia brings to you the top 10 amazing brain facts.
Advertisement
"The effect of infectious disease on IQ is bigger than any other single factor we looked at," The Gaurdian quoted Chris Eppig, lead author on the paper, as saying.

"It's an interesting and provocative finding," said Geraint Rees, director of the UCL Institute of Cognitive Neuroscience.

"It explains about 50 to 60 percent of the variability in IQ scores and appears to be independent of some other factors such as overall GDP," he added.

These findings indicate that impact of disease on IQ scores has been under-appreciated, and it ranks alongside education and wealth as a major factor that influences cognitive ability.

The study is published in Proceedings of the Royal Society.

A new study has found that low IQ scores in early adulthood are linked to an increased risk of attempted suicide in men.
Advertisement
Advertisement

Multitasking: Good or Bad for Your Brain?