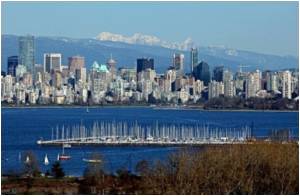 Living in a city can make you obese, infertile, depressed and may give you potentially life-threatening diseases like cancer, say researchers from University of Granada, Spain.

This trend can be attributed to chemical pollutants called Xenoestrogens. Xenoestrogens are industrial chemicals that affect human bodies in similar ways to the female hormone- estrogen. They cause excess fetal growth and have been linked to problems like obesity, hyperactivity, early puberty, infertility and cancers of the lung, breast and prostate.

Researchers discovered that babies born in cities are bigger and heavier than those born in the countryside. It is normally considered to be a good sign, but when they compared the placentas, they found that the city mums had higher levels of xenoestrogens in their blood and in that of their unborn babies. The toxic xenoestrogens have a significant effect on the development of unborn children.

Laboratory tests undertaken at the Ohio State University showed that urban pollutants may cause metabolic changes in toddlers resulting in raised blood sugar levels and increased resistance to insulin.

Thus the study implies that daily exposure to urban pollution can affect people even before they are born, leaving them prone to a lifetime of ill health.