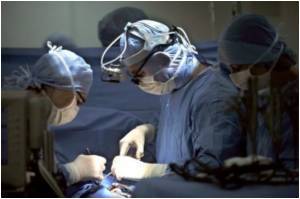 A paper published on-line today by The Lancet says that if recently injured patients with serious bleeding were to receive a cheap, widely available and easily administered drug to help their blood to clot, tens of thousands of lives could be saved every year.

Dr Ian Roberts, Professor of Epidemiology at the London School of Hygiene and Tropical Medicine (LSHTM), UK, revealed that results from a trial show that early administration of tranexamic acid (TXA) to patients with recent, severe bleeding injuries saves lives, with no evidence of adverse effects from unwanted clotting.

The trial, named CRASH-2, was a large, randomised trial involving over 20,000 adult patients in 274 hospitals across 40 countries, and was funded by England's National Institute for Health Research (NIHR) Health Technology Assessment programme. This is the first trial of TXA in injured patients, although smaller trials have shown that it reduces bleeding in patients undergoing major surgery.


TXA is an off-patent drug, manufactured by a number of different companies. The cost per gram is about £3 ($4.50).

The drug helps by reducing clot breakdown. Although this would be advantageous in patients with severe bleeding, doctors were worried that TXA might increase the risk of complications, such as heart attacks, strokes and clots in the lungs. The results of this large trial show that TXA reduces death from bleeding without any increase in these complications.

Burn injuries have reached epidemic proportions in recent years. Burn accident statistics show that at least 50% of all burn accidents can be prevented.
Advertisement
For people aged between five and 45 years, injury is second only to HIV/AIDS as a cause of death. "Each year about 600,000 injured patients bleed to death worldwide," said Professor Roberts. "Injuries may be accidental, for example traffic crashes, or intentional, such as shootings, stabbings or land mine injuries and the majority of deaths occur soon after injury. Although most deaths from injuries are in developing countries, injury is a leading cause of death in young adults throughout the world."

He continues, "It's important to remember that deaths from injuries are increasing around the world and that they usually involve young adults, often the main breadwinner in the family. The impact on the family is devastating."

Severely injured adults were enrolled in the trial if they had significant bleeding, or were at risk of significant bleeding and were within a few hours of injury. They were randomly allocated to receive either one gram of TXA by injection, followed by another one gram in a drip over the following eight hours, or a matching placebo. The researchers studied the numbers of deaths in hospital within four weeks of injury in the two groups and found that TXA reduced the chances of death due to massive blood loss by about one sixth.

The researchers estimate that administering TXA soon after injury could prevent up to 100,000 deaths per year across the world. In India it could save about 13,000 lives each year, with about 12,000 lives saved in China. The drug would also save lives in developed countries, around 2,000 each year in the USA and more in Europe.

"The large numbers of patients treated in very different healthcare settings around the world means we can be sure that prompt use of TXA will be of benefit to trauma patients in all kinds of facilities. We believe that doctors across the world should now consider using it to improve accident victims' chances of survival and that it should be considered for inclusion in the WHO List of Essential Medicines," Professor Roberts concluded.

Dr. Etienne Krug, Director of Violence and Injury Prevention and Disability at WHO said, "Across the world, injuries kill more than five million people each year and leave millions more permanently disabled. The economic and social cost of injury is enormous, with most of the burden in low and middle income countries.

"Prevention is critical, but even with the best efforts there will still be millions of patients requiring emergency treatment, which is why these results are so important. The drug is inexpensive and could be given in hospitals world-wide. It is essential that doctors are aware of these results and take them into account in the emergency management of seriously injured patients."

Earl Howe, Health Minister said: "I am delighted that through the National Institute for Health Research, the Department of Health has funded this research which shows that TXA can be used safely on patients with recent, severe bleeding caused by injury.

"This is a great example of how important research can help the NHS save more lives and spread best practice around the world."

Head injury or traumatic brain injury is a leading cause of disability among children and young adults that leads to varying degrees of physical and mental stability. Fortunately, it is also one of the preventable brain disorder.
Advertisement
Advertisement