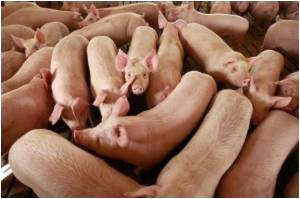 Prime Minister Hun Sen said Wednesday that Cambodia has banned imports of live pigs due to fears that they may be infected with blue-ear pig disease.

"The so-called blue-ear pig disease is spreading, and is now present in Cambodia," Hun Sen told a university graduation ceremony, noting there had been outbreaks of the disease in neighbouring Thailand, Vietnam and Laos.

According to local media, blue ear -- also known as "porcine reproductive and respiratory syndrome" -- has already killed hundreds of pigs in Cambodia. It is not thought to pose any health risk to humans.


Cambodia needs to import more than 1,000 pigs a day to meet demand for pork, according to Srun Pov, the deputy head of the Cambodian Pig Raiser Association.

Most small family farms in rural Cambodia have at least one pig, and pork is a key source of food, as well as an important commodity for often impoverished farmers.

It's a lung condition characterized by inflammation of the bronchi and constriction of the airways that result in coughing, wheezing or breathlessness. Allergy and other airway irritants can trigger it
Advertisement
Advertisement
This site uses cookies to deliver our services.By using our site, you acknowledge that you have read and understand our Cookie Policy, Privacy Policy, and our Terms of Use  Ok, Got it. Close
×