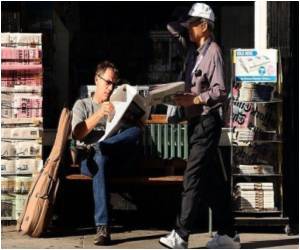 When India hosted the World Newspaper Congress last year, Indian editors and owners were a conspicuously cheerful minority at a gathering dominated by doubts over the future of newsprint.

While many papers in industrialised nations have been laying off staff or folding in the face of freefalling circulation figures and competition from Internet news and television, the printed press in India is booming.

Contrary to popular opinion, a leading expert has said that computers are helping to create one of the most literate and engaged generations the world has seen.
Advertisement 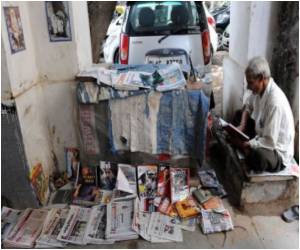 Since 2005 the number of paid-for daily newspaper titles in India has grown by 44 percent to 2,700 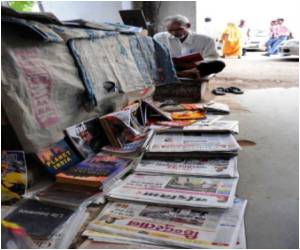 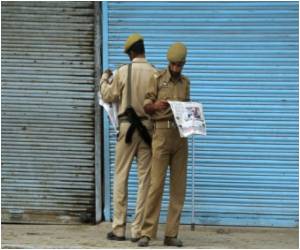 Indian newspapers are also incredibly cheap, with revenue driven by advertising rather than sales

A fast-expanding economy, mushrooming advertising budgets, rising disposable income and, above all, increasing literacy rates have fuelled a newspaper renaissance, with new titles and fatter editions appearing by the month.


Since 2005 the number of paid-for daily newspaper titles in India has grown by 44 percent to 2,700, according to the "World Press Trends 2010" survey published by the World Association of Newspapers (WAN-IFRA).

France is to spend millions of euros to provide free newspapers for young people, officials said Wednesday, in a bid to boost readership and shore up the struggling print news sector.
Advertisement
That makes it the world leader ahead of the United States with 1,397 titles and China with 1,000.

India also has the world's highest paid-for daily circulation, having surpassed China for the first time in 2008.

"What we have is education levels and purchasing power improving -- there's a hunger among Indians to know," Bhaskar Rao, director of New Delhi's Centre for Media Studies, told AFP.

Even with 125 million households owning a television, "TV only seems to serve as an appetizer -- after watching the evening news they want to read more about the stories the next day," Rao said.

Indian newspapers are also incredibly cheap, with revenue driven by advertising rather than sales.

Most have a cover price of less than four rupees (eight US cents), allowing many households to subscribe to more than one daily.

The market liberalisation of the early 1990s triggered the rapid expansion of an Indian middle class that was hungry for information and represented a boom in potential consumers as well as newspaper readers.

"Advertising avenues were the prizes and these would come largely to newspapers that could convince advertisers that they had more readers than their rivals," Jeffrey said.

India boasts the world's largest English-language newspaper in the Times of India, with a circulation of around four million and a well-educated, affluent readership that allows it to charge ad rates more than 10 times those of Hindi and other language publications.

In recent years, newspaper growth has been fuelled by increasing literacy which has opened up more markets apart from the wealthy but numerically limited urban middle-class.

According to government estimates, only 35 percent of Indians could read in 1976. The current literacy level is almost twice that and youth literacy stands at around 82 percent, meaning a massive pool of future readers.

"They want to read about themselves, their lives, how to improve themselves and they're getting it from language newspapers which talk about local subjects and issues," Bhartia told AFP.

The clearest sign of this broadening appeal is the ascendance of the non-English press. Circulation of Hindi newspapers, for example, has risen from less than eight million in the early 1990s to more than 25 million in 2009.

And circulation figures only tell half the story, as many more people read newspapers than actually buy them.

In readership terms English-language newspapers are absent from the top 10 where Hindi titles, led by the 55 million readership Dainik Jagran, take the top four spots, according to the WAN-IFRA survey.

They are followed by Tamil, Marathi, Bengali and Telugu titles, and it's not until 11th place is reached that the Times of India pops up with 13.3 million readers.

While such numbers are enough to make a western newspaper owner weep with envy, the statistic that really stands out is that, in a country of 1.2 billion people, only around 200 million people read a newspaper every day.

"That means fundamentally there are still 800 million to 900 million people waiting to start engaging with newspapers," said Tarun Tejpal, editor of the investigative weekly Tehelka, who aims to launch a new financial paper before the end of the year.

"That's why there is so much bullishness about newspapers and people believe there'll be traction for newspapers for years to come," Tejpal told AFP.

For the moment, Indian newspapers are not struggling with the same competition from the Internet that has been partly blamed for falling circulation in developed countries.

The cost of connections and a lack of infrastructure means Internet penetration remains low, with only 55 million Indian web users. And while there are more than 635 million mobile phone users, just 20 percent have Internet capability.

"Increasing literacy is creating more demand, but many don't have access to the Internet so they're turning to newspapers," said PriceWaterhouse media consultant Timmy Kandhari.

Newspapers Ponder On Making Profit: What Does the Internet Age Hold?

Newspapers worldwide are being forced to reinvent themselves for the Internet age -- and will be watching closely the success of two experiments launched in London, analyst say.
Advertisement
<< Central Team to Assess Cholera Situation in Orissa
What It Costs When You Fall in Love ? >>

A new study has suggested that watching television has no significant impact on viewers' knowledge about the issue of climate change, compared to other forms of media like newspapers and the Internet.