In 2015, listeriosis affected about 2,200 people causing 270 deaths - the highest number ever reported in the European Union.

The proportion of cases in the over 64 age group steadily increased from 56% in 2008 to 64% in 2015. Additionally, in this period, the number of reported cases and their proportion has almost doubled in those over 84 years.


"It is concerning that there continues to be an increasing trend of Listeria cases which mostly occur in the elderly population. ECDC is working together with Member States to enhance surveillance for food- and waterborne diseases, starting with Listeria, as earlier detection of relevant clusters and outbreaks can help prevent further cases," said Mike Catchpole, Chief Scientist at ECDC. "This is a public health threat that can and needs to be addressed", he added.


Dr. Marta Hugas, Head of Biological Hazards and Contaminants at EFSA, said: "Listeria seldom exceeded the legal safety limits in ready-to-eat foods, the most common foodborne source of human infections. However, it is important that consumers follow manufacturers' storage instructions and the guidelines given by national authorities on the consumption of foods."

In 2015, there were 229,213 reported cases of Campylobacteriosis. This disease remains the most commonly reported foodborne disease in the EU, showing an upward trend since 2008. Campylobacter is mostly found in chickens and chicken meat.

The number of cases of salmonellosis, the second most commonly reported foodborne disease in the EU, increased slightly - from 92,007 in 2014 to 94,625 in 2015. The increase observed in the past two years is partly due to improvements in surveillance and better diagnostic methods. However, the long-term trend is still declining and most Member States met their Salmonella reduction targets for poultry populations.

Salmonella is mainly found in meat (poultry) intended to be cooked before consumption.

There were 4,362 reported foodborne outbreaks in 2015. The most common cause of outbreaks was Salmonella associated with consumption of eggs. However, the number of Salmonella outbreaks has fallen by 41 % since 2010.

Listeria Contamination Found in Products of Pennsylvanian Milk Farm
Health officials have long advised people not to drink raw milk or consume other unpasteurized dairy products because of the risk of bacterial contamination.
READ MORE 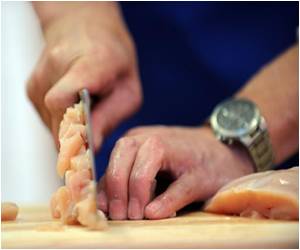 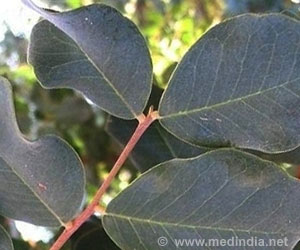 Carob Tree Leaves Help Fight Food-poisoning Bacteria
An extract with antibacterial properties from the leaves of the carob tree is found to be ideal for fighting the microbe responsible for listeriosis, suggests study.
READ MORE

Chocolate Substitute Can Fight Listeria Bacteria
A new research has found that the leaves of the carob plant, which is used as a substitute to chocolate, contain antibacterial substances that may help fight listeriosis.
READ MORE