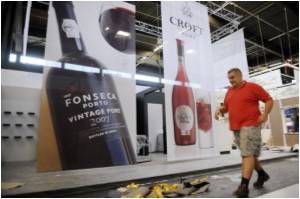 A narrow flight of stairs leads up to a well-appointed room in a colonial building in the banking district where moneyed Singaporeans gather regularly to discuss investment opportunities.

But they don't talk about shares, derivatives, commodities or property.

Casinos Give a Thrust to Tourism in Singapore

Casinos in Singapore are a major attraction to tourists and analysis has revealed that the number of arrivals in a single month has exceeded the one million mark in July.
Advertisement

Instead, they sip fine wine at small tables facing a wide array of investment-grade vintages and appreciate panoramic views of the Singapore River and parliament.

The Population of Singapore Has Crossed Five Million

Singapore's population is much more than five million this year with more than one-third of them being foreigners, revealed the statistics department.
Advertisement
His client Dennis Ng, who runs mortgage consultancy HousingLoanSg.com, began investing in fine wines in 2007 after selling most of his stocks before financial markets crashed the following year.

Ng is among a growing number of investors who think wine is a safer bet than traditional financial instruments and assets.

"Investors should wait three to five years for good capital appreciation," he said.

"Look at the bank interest rates. Look at what happened in the financial crisis. People are more educated now. People are willing (to invest in wines) and they've been exposed," Nainan said.

Assetton, set up in late 2007, specialises in premium wines from France and caters to high-net-worth individuals as well as working professionals with smaller budgets of around 10,000 euros (12,000 US dollars).

Assetton buys wine for investors and stores it in facilities in France.

Nainan said his business grew during the recent global financial crisis, and predicted a 250 percent increase in revenues this year over 2009, but declined to give exact figures.

Prices of fine wine are holding up well and their value increased sharply between 2005 and 2009, said Serge Forti, the chief executive officer for the Asia-Pacific region at BNP Paribas' wealth management division.

"There was only one significant drop which was noted over this period, in the fourth quarter of 2008, but since then, it has gone up by 13 percent over 2009," he added.

Singapore and Hong Kong are strong markets for fine-wine investment but China and other developing countries are playing a bigger role, said Forti.

He said the short-term prospects of investing in fine wines were very promising, mainly driven by an outstanding 2009 vintage -- especially from France's Bordeaux region -- as well as high Asian demand and a weaker euro.

"It is a live investment growing much faster in global value," he said.

"The well-established secondary market for top wines, primarily from Bordeaux, ensures that investors can know how their assets are performing on a spot-check basis," he said.

"The transparency of the market and the relative ease of liquidation places fine wine in a class of its own when it comes to alternative investments."

Merchant cited the industry's "Liv-ex 100" index which tracks the 100 most traded wines in the world.

"In the past five years, which includes the worst global recession since the 1920s, this index has gained over 166 percent in value," he said.

"Over the past year, slow recovery from the worldwide financial crisis, coupled with the most extraordinary harvest in Bordeaux in over 60 years, has driven some fine wine prices to record highs," he added.

According to Assetton estimates, premium wines like the Chateau Angelus see good appreciation, with the 2005 vintage first released at 155 euros per bottle now commanding an average price of 288 euros.

And with a weak euro, Nainan's customers are asking for rarer vintages.

"Fine wine has been around for hundreds of years. It's very steady. In a crisis everything gets affected... but wine is the last one to be affected because it has little correlation to the market as a whole, and it is the first to recover," he said.

"You don't buy on credit -- people pay cash. There's no such thing as half way through -- you can't service loans."

Wine consultant Malcolm Tham believes it is the sentimental value associated with wine, not just the transactional worth, which ensures it remains less volatile than the stock market.

"It?s not just for the money that you hold wines," he said. "If you have your hands on the right type of wine then you?re safe, definitely."

Singapore is the model compact city , says architect Khoo Peng Beng, and city planners who have to prepare for an ever-growing number in limited areas should learn a lesson from the model city.
Advertisement
Advertisement
This site uses cookies to deliver our services.By using our site, you acknowledge that you have read and understand our Cookie Policy, Privacy Policy, and our Terms of Use  Ok, Got it. Close
×