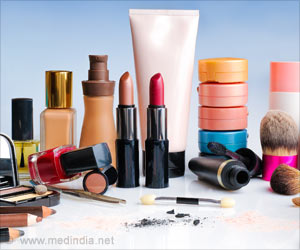 Too much makeup can have a negative impact on perceptions of a woman's leadership ability, revealed study.

"This research follows previous work in this area, which suggests that wearing makeup enhances how dominant a woman looks," said co-author of the study Christopher Watkins, Senior Lecturer in the Division of Psychology at the Abertay university.
Advertisement
‘Women wearing heavy makeup are less likely to be thought of as good leaders.’

"While the previous findings suggest that we are inclined to show some deference to a woman with a good looking face, our new research suggests that makeup does not enhance a woman's dominance by benefiting how we evaluate her in a leadership role," Watkins added.


For the study, published in the journal Perception, participants were asked to view a series of images featuring the same woman without cosmetics and with makeup applied for a "social night out".
Advertisement
Computer software was used to manipulate the faces and the amount of makeup was also manipulated in the face images.

Each participant completed a face perception task where they judged sixteen face-pairs, indicating how much better a leader they felt their chosen face to be compared to the other face.

The researchers found that both men and women evaluated women more negatively as a leader if the image suggested she was wearing a lot of makeup.

"Our findings extend recent research on social judgments of makeup by demonstrating that makeup has negative effects on perceptions of women's leadership ability," the researchers said.

"Moreover, these findings were consistent across male and female judges, and when individuals judged both own-ethnicity and other-ethnicity faces manipulated in colour cues to makeup," the researchers noted.

Makeup - Pros and Cons
Makeup is an addiction to those who love to experiment with colors and beauty and hide their flaws. ...

Usefulness of Multifunctional Sunscreen Containing Cosmetics
In order to protect your skin against the damaging effects of sun's harmful radiations, sunscreen .....