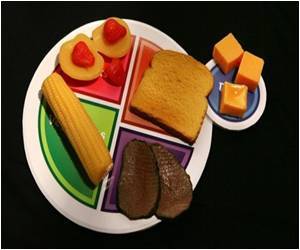 The aroma experience of food is linked to its constituents and texture, but also to bite size.


Smaller bites sizes are linked towards a lower flavour release, which may explain why we take smaller bites of unfamiliar, or disliked foods.

In order to separate the effect of aroma on bite size from other food-related sensations, researchers from the Netherlands developed a system where a custard-like dessert was eaten while different scents were simultaneously presented directly to the participants nose.

Including complex smells into what you eat could pave way for more satisfying foods, say researchers.
Advertisement
The results showed that the stronger the smell the smaller the bite.

"Our human test subjects were able to control how much dessert was fed to them by pushing a button. Bite size was associated with the aroma presented for that bite and also for subsequent bites (especially for the second to last bite," explained Dr Rene A de Wijk, who led the study.

"Perhaps, in keeping with the idea that smaller bites are associated with lower flavour sensations from the food and that, there is an unconscious feedback loop using bite size to regulate the amount of flavour experienced," Dr Wijk said.

The study suggested that manipulating the odour of food could result in a 5-10 percent decrease in intake per bite.

Combining aroma control with portion control could fool the body into thinking it was full with a smaller amount of food and aid weight loss.

The new research has been published in the just launched BioMed Central's open access journal Flavour.

Aroma of Pumpkin is a Real Turn-On for Men

Look no further than the kitchen. This is the advice for all those women who have been trying to find the fragrance destined to drive their men wild.
Advertisement
Advertisement