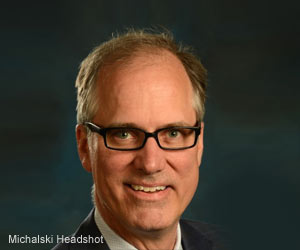 Medulloblastoma is the most common type of brain malignancy in children. It is an aggressive tumor that originates in the lower, rear area of the brain but has the propensity to spread to the upper brain and spine. The standard care following surgical resection includes systemic chemotherapy and irradiation to both the posterior fossa (i.e., the primary site) and the craniospinal axis. Complications of craniospinal irradiation include considerable negative effects on patients' neurocognitive abilities, endocrinologic function and hearing.

Over 2,500 Indian Children Suffer from 'Medulloblastoma' Brain Tumor Every Year

With a surge in the brain related ailments in the world, every year over 2,500 of the Indian children suffer from medulloblastoma, revealed doctors.
Advertisement
‘Reduced radiation therapy volume to the posterior fossa did not impact survival rates, a low dose of craniospinal irradiation was associated with lower rates of event-free and overall survival for the youngest pediatric patients. ’

In the largest trial conducted for A-R medulloblastoma, survival rates following reduced radiation therapy (RT) boost volumes were comparable to standard treatment volumes for the primary tumor site but lower doses of craniospinal axis irradiation were associated with higher event rates and worse survival, according to research presented today at the 58th Annual Meeting of the American Society for Radiation Oncology (ASTRO). Findings from this phase III randomized trial indicate that physicians can adopt smaller boost volumes for posterior fossa RT but should maintain the standard RT dose for craniospinal irradiation (CSI).

A novel molecular pathway that causes an aggressive form of medulloblastoma has been reported by an international research team in Nature Medicine .
Advertisement
Findings are based on data from 464 patients ages three to 21 with A-R medulloblastoma. Eligible patients had a complete or near-complete resection of their primary tumors and no evidence of anaplasia or spread of cancer beyond the posterior fossa. Patients were randomized to receive either a standard radiation boost volume to the posterior fossa (PFRT group, n = 237) or a reduced dose of involved field RT (IFRT group, n = 227). The 226 patients who were ages three to seven were also randomized to receive either a standard irradiation dose of 23.4 Gy to the craniospinal axis (SD-CSI group, n = 110) or a reduced dose of 18 Gy (LD-CSI group, n = 116). Following maximum surgery and within 31 days following resection, patients began six weeks of RT. After a one month break, patients began to receive alternating cycles of Cisplatin and Cytoxan-based chemotherapy.

"This trial -- the largest of its kind to date -- indicates that it is safe to adopt a limited posterior fossa boost for patients receiving radiation therapy for average risk medulloblastoma, and that these children can have similar positive outcomes with lower chances of radiation affecting surrounding brain tissue" said Jeff M. Michalski, MD, MBA, FASTRO, professor of radiation oncology at Washington University in St. Louis and lead author of the study. "Additional data are needed, however, to address the appropriate volume for patients with higher risk disease or those who have metastasis at the time of diagnosis."

"Unfortunately, we were disappointed to find that a lower dose of irradiation therapy was associated with increased rate of failure in the younger children," said Dr. Michalski. "Reducing the treatment by just three fractions from 23.4 Gy to 18 Gy was associated with a higher rate of events and diminished overall survival. Patients with average risk medulloblastoma should continue to receive a standard dose of 23.4 Gy to the craniospinal axis, unless they are enrolled in a clinical trial."

Proton radiotherapy may not be as toxic to the rest of a child's body as conventional radiotherapy and can effectively treat medulloblastoma.
Advertisement
<< Fecal Microbiota Transplant for Treating Clostridium Diffic...
Stereotactic Radiosurgery Decreases Local Recurrence of Brai... >>

Accident and Trauma Care Color Blindness Calculator Blood - Sugar Chart Find a Hospital Hearing Loss Calculator The Essence of Yoga Loram (2 mg) (Lorazepam) Sinopril (2mg) (Lacidipine) Find a Doctor Pregnancy Confirmation Calculator
This site uses cookies to deliver our services. By using our site, you acknowledge that you have read and understand our Cookie Policy, Privacy Policy, and our Terms of Use