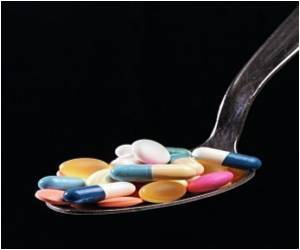 Patients with limited literacy show variability in following prescribed drug instructions, patients may sometimes self-administer the medications without doctor's advice more times in a day than the time that is normally prescribed. This action would lead to missed or incorrectly administered dosing, found in a report in the February 28 issue of Archives of Internal Medicine, one of the JAMA/Archives journals.

"According to the Medical Expenditure Panel Survey, the average adult in the United States fills nine prescriptions annually, while adults older than 65 years fill on average 20 prescriptions a year," the authors write as background information in the article. "Greater regimen complexity, based on multiple medications and/or multiple daily doses per drug, may lead to poorer adherence, which in turn will lead to worse health outcomes."

Michael S. Wolf, Ph.D., M.P.H., of the Feinberg School of Medicine, Northwestern University, Chicago, and colleagues interviewed 464 adults (average age 63.3 years) who were receiving care either at an academic general medicine practice or at one of three federally qualified heath centers in Chicago, to evaluate the accuracy and variability in the way patients would schedule a typical seven-drug regimen. Most participants (71.1 percent) were female and highly educated (61.4 percent were college graduates), however nearly half were identified as having either low (20.7 percent) or marginal (22.8 percent) health literacy skills.


When dosing a seven-drug regimen, participants on average identified six times in 24 hours to take medicine. Dosing schedules ranged from as few as three times a day to as many as 14. One-third (29.3 percent) of participants dosed the regimen seven or more times within 24 hours, while 14.9 percent organized the medication four or fewer times a day.

"Many patients, especially those with limited literacy, do not consolidate prescription regimens in the most efficient manner, which could impede adherence," the authors conclude. "Standardized instructions proposed with the universal medication schedule and other task-centered strategies could potentially help patients routinely organize and take medication regimens."

This medication is an aminoglycoside antibiotic, prescribed for the management of cystic fibrosis.
Advertisement
<< ER Delayed in Heart Patients With Depression
Multiple Drug Dosing Confusion Common Among Elderly >>

Prescription Medicines Too Could Cause Car Accidents