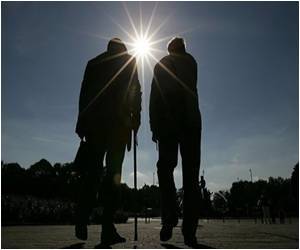 Limited functional ability found in many adults 45 years and older in Africa.

The number of adults living into older age in sub-Saharan Africa is rapidly growing yet many older men and women will have an illness or disability that limits their ability to function, according to a study by researchers from the US and Malawi published in this week's PLOS Medicine.

The researchers, led by Collin Payne from the University of Pennsylvania, also show that remaining life spent with severe limitations at age 45 in a sub Saharan African setting (Malawi) is comparable to that of 80-year-olds in the US.


These findings are important as older people with functional limitations have difficulty performing the physical work required in rural agricultural settings and so investing in their health could also potentially boost economic growth.
Advertisement
The researchers (also the authors of this paper) analysed different levels of disability and health expectancies among adults aged over 45 years in Malawi, using information from surveys conducted between 2006-10.

The authors say: "Individuals in this population experience a lengthy struggle with disabling conditions in adulthood, with high probabilities of remitting and relapsing between states of functional limitation."

They continue: "Given the strong association of disabilities with work efforts and subjective well-being, this research suggests that current national health policies and international donor-funded health programs in sub Saharan Africa inadequately target the physical health of mature and older adults."

In an accompanying Perspective, Andreas Stuck from the University of Bern in Switzerland and colleagues (uninvolved in the study), say: "This study emphasizes that health policy should urgently address disability in older persons, an issue largely ignored at present."

They continue: "Investments in improving health in older people will not only improve quality of life across generations, but bring economic return for generations to come."

Personalized Telecare Service for Senior Citizens in Urban Cities Launched
A personalized telecare service was launched in New Delhi on Tuesday in order to help senior ......