Limit Your Kid's Snacks to 200 Calories a Day 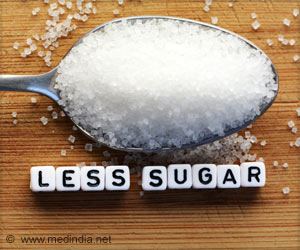 Concerned over the high intake of sugar from unhealthy snacks among young children in England, a new campaign has urged parents to limit the intake of calories to just 200 per day by including foods such as malt loaf, low-sugar yoghurt and drinks with no added sugar.

The suggestions from Public Health England (PHE) -- a government agency for preventing ill health -- are part of their newly launched campaign "Change4Life".

Advertisement
‘Parents are being encouraged to choose 100 calorie snacks instead of unhealthier options and keep them to a maximum of just two a day.’

The Change4Life campaign wants parents to give their children a maximum of two snacks a day containing no more than 100 calories each, not including fruit and vegetables, the BBC reported.


The eight-week Change4Life campaign will offer parents money-off vouchers towards items including malt loaf, lower-sugar yoghurt and drinks with no added sugar in some supermarkets.
Advertisement
The offer will also be extended on a range of healthier snacks include packs of chopped vegetables and fruit, sugar-free jelly, and plain rice crackers at selected supermarkets.

According to the PHE's National Diet and Nutritional Survey, children between the ages of four and 10 consumed 51.2 per cent of their sugar from unhealthy snacks, including biscuits, cakes, pastries, buns, sweets and fizzy and juice drinks.

On average, primary school children have at least three sugary snacks a day, which means they can easily consume three times more sugar than the recommended maximum.

Each year children consume, on average, some 400 biscuits, 120 cakes, buns and pastries, 100 portions of sweets, 70 chocolate bars and ice creams and 150 juice drink pouches and cans of fizzy drink, the findings revealed.

"If you wander through a supermarket you see many more things being sold as snacks than ever before," Alison Tedstone, chief nutritionist at Public Health England, was quoted as saying to the BBC.

"What has changed is kids' lunch boxes are getting full of snacking products. It leads to a lot of calories for lunch," Tedstone added.

Tedstone hoped that the campaign would help to "empower" parents to make healthier snacking choices for their children".

The agency said it had also improved its app that reveals the content of sugar, salt and saturated fat in food and drink.

A sugar tax on the UK soft drinks industry has already been announced and will come into force next April, the report said.

Last month, the health body also urged British men and women to reduce their intake of calories to just 1,600 a day, which included 400 calories for breakfast, 600 for lunch and 600 for dinner, without drinks, the Daily Mail reported.

For those who follow this, 200 calories in form of snacks can be taken.

More News on:
Why Do We Eat - Nutrition Facts Diet Lifestyle and Heart Disease Amyotrophic Lateral Sclerosis (ALS) Lifestyle Modification: No Big Deal! Diet Guidelines for Healthy Snacking How to Keep Christmas Calories under Control The Spark Solution Diet Acute Coronary Syndrome Healthy Snacks You Should Keep at Your Desk at Work

Consumption of Sugary Drinks Linked With Overweight, Obesity
Stop consuming a lot of sugar-sweetened beverages (SSBs). It may make you obese or overweight, a ......

New Portable Smartphone Case can Monitor Blood Sugar Levels
Diabetic patients may soon be able to go on a vacation without their glucose monitoring kits with .....

Intake of Sugary Drinks During Pregnancy Linked to Childhood Asthma
Avoiding high intake of sugary beverages during pregnancy and in early childhood could be one of ......