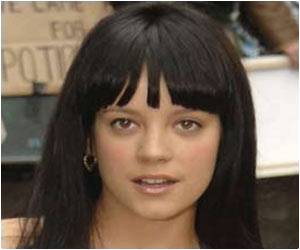 Singer Lily Allen suffered from a 16-hour long nosebleed following an operation to remove all four of her wisdom teeth.

The Smile hitmaker has long experienced problems with her gums and contracted an infection in her mouth last summer, reports the Daily Star.

Hemorrhage from the nose is known as epistaxis or nose bleeds. Epitaxis (Nose bleeds) may be a symptom of underlying disorders such as high blood pressure or bleeding disorders.
Advertisement

She had an operation on Thursday to rid her of the troublesome molars, but her recovery has been far from smooth.


In a series of posts on Twitter.com, she writes, "I have had a nosebleed for 16 hours, I slept upright last night. Chapped lips, mouthful of blood. Not a great start to the weekend... Oh, and hamster cheeks doesn't even cover it. I did get 10 mgs of morphine though, which was nice."

And when one fan on the site asked her why she was experiencing such a nasty nosebleed, the star replied, "I think cause of the oxygen tubes they stuck up my nose during the operation."