Married couples who share household responsibilities are happier, shows research. Marriages last longer and are happier when husbands help their spouses with housework and childcare.

Despite a population of 1.27 billion our country boasts of the lowest divorce rate (1.1 percent). However there has been an alarming rise in the number of divorce cases. Divorce and its rising trend is a global phenomenon. The United States (54.8 percent) and Sweden (54.9 percent) have the highest divorce rates. The question is - What is the secret of a successful marriage?

A team of researchers at Missouri University lead by Professor Adam Galovan published the results of the new study in the Journal of Family Issues. One hundred and sixty heterosexual couples aged 25 to 30 with at least one child under five took part in the survey. About 40 percent of the women had full or part-time jobs. All couples who participated had been married for an average of five years.


The results showed that sharing chores led to a happy marriage. However, researchers opine that it is not important that the chores be divided equally between the spouses. "Sharing can mean something different to every couple," says Prof. Galovan. "It could be taking turns changing nappies, or one parent watching the children while the other prepares dinner," he added. It never matters 'who did what', but there has to be division of labor. This new finding contradicts a previous survey result that men who engaged in traditionally male tasks, like yard work, experienced benefit (the benefit, according to the American Sociological Review was 'more sex').

Wives in the study loved it when their husbands were close to their children. This improved the couples' relationship. Father-child bond is perceived by the mother to be of great importance.

The phase of transition into parenthood is a stressful period and husbands and wives should learn to cope with this stress. Prof. Galovan recommends couples to 'find ways to connect throughout the day, even if it's just doing dishes together or watching a movie.'

A 2007 Pew Research Poll has listed sharing household chores, faithfulness and good sex as the top three issues associated with marital satisfaction. The results of the latest survey were published last month by the Journal of Family Issues. 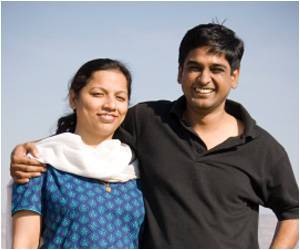 Impotence: Major Cause of Divorce
In India, impotence is emerging as a major cause of divorce, finds study.
READ MORE

Divorce Phobia is Preventing Young Couples from Getting Married
Many young couples fear the ravages of divorce and are afraid of getting married, a news study has suggested.
READ MORE