Malaysian researchers have developed a computer that has the ability to decode human emotions by studying lip pattern.

Karthigayan Muthukaruppan and his colleagues of the Manipal International University in Selangor, Malaysia, have created a system using a genetic algorithm to correlate irregular ellipse- fitting equations to the shape that the human mouth takes on while displaying different emotions. The upper and the lower lips of the mouth were identified as two separate ellipses by the algorithm. The researchers claim that this system gets better with each use.

The researchers used photos of South-East Asian and Japanese individuals to train the computer to identify the six common human emotions - happiness, sadness, fear, anger, disgust and surprise, besides a neutral expression.


There has been a surge of interest in developing all aspects of human-computer interactions, especially in the area of human emotion recognition by observing facial expression.

The initial stage application of an emotion detector might be to help individuals who are mute to interact using computer-based communication devices, such as voice synthesizers, in a far more effective manner.

The basis of AI encompasses different sources of information, from computer science, physiology and oncology to the abstract components of philosophy. Further research into the areas of sensory perception, language skills and learning has amalgamated to create machines that are endowed with the ability to 'think'.

For a very long time, man-like machines such as robots have captivated man's imagination. His creative genius soared to an all-time high with the invention of computers. Man was able to create machines that closely resembled and carried out chores like him, with robotic precision. He invented a slave that did not ask for a break or a hike in salary! Today, systems are being etched out with the ability to mimic human speech and thoughts and to perform countless other chores that were earlier deemed impossible.

The usage of Artificial Intelligence surged during the nineties and the early part of the twenty first century. This was when greater emphasis began to be laid on miniscule details; when researchers began taking a lot more interest in methodical analysis. Besides, AI began to be associated with several different areas of work.

Some of the traits that these machines today are capable of exhibiting are learning, perception, planning, communication, reasoning, knowledge, and the ability to move/manipulate objects. It is amply used in the fields of technology, counter terrorism, crisis management, defense, data mining, and in the realm of medical diagnosis.

The study carried out by the Malaysian researchers has been published in the International Journal of Artificial Intelligence and Soft Computing. 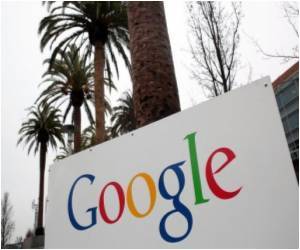 Human Brain Being Mimicked By Google's Artificial Intelligence Computer
The latest technology that is being touted as a breakthrough by Google scientists is a computer that is able to "learn" like a human brain and recognise the picture of a cat.
READ MORE

Subtle Differences in Mutant Worms Detected Via Artificial Intelligence
Tiny multi-cellular animals such as nematodes, fruit flies or zebra fish are used to carry out research into the genetic factors behind certain disease mechanisms
READ MORE

Swollen Lips Symptom Evaluation
Do you have swelling of lips? This can be alarming symptoms that involve one or both the lips. If progressive, it can be life-threatening and requires immediate medical attention.
READ MORE