Freemasonry - A Secret Society or a Society With Secrets? 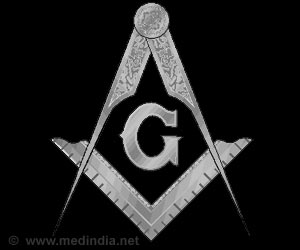 Among the many secret fraternal brotherhoods in the history of mankind, Freemasonry seems to be an easy target for criticism by the skeptics, mostly because freemasons have a policy of remaining immune to all the accusations imposed upon them.

Freemasonry was virtually unknown to most people, especially Indians. With the release of the popular bestselling novel 'The Lost Symbol' by Dan Brown, there was a considerable statistical increase in the number of people intrigued by Freemasonry.

According to the United Grand Lodge of England, governing body of Freemasonry in UK, Freemasonry is a non-religious, non-political, fraternal and charitable organization that 'teaches self-knowledge through participation in a progression of ceremonies. Members are expected to be of high moral standing and are encouraged to speak openly about Freemasonry'.


The Grand Lodge of Michigan doesn't consider Freemasonry to be a 'religion' as such though it emphasizes on the Fatherhood of God and the Brotherhood of Man. 'The fraternity of masons are an organization of men bound together with a philosophy of moral standards, mutual understanding and brotherhood in which all men are on a level and equal' is how they define it. They describe Masons as 'Men who have decided they like to feel good about themselves and others. They care about the future as well as the past, and do what they can, both alone and with others, to make the future good for everyone'.

Until now, Freemasonry was considered to be an esoteric and secret organization, plotting conspiracies against leaderships and involved in devil worship.

The method of recognition by secret signs, words, grips, steps, etc.; a belief in the existence of God and in future life; secrecy; and symbolical method of teaching are among the 25 'landmarks' or the essential points of Masonry.

Masonic symbols and practices, metaphorical in practice, were strongly opposed by religious leaders from around the world, claiming them to be satanic and evil. Masons, on the other hand, consider their acts of worship purely noble, and not anti-religious.

Assumed to be the protectors of the 'wisdom of the ages', masons are deeply protective of their secrets and acts of their brotherhood. Their practices are thought to have a profound impact on their spiritual personalities, enlightening them, and releasing them from the darkness of ignorance. Their ritualistic rooms and objects, though crude, depict symbols of human's wisdom and their movement or progression towards a higher power, making them capable of bringing god-like powers into themselves.

Contrary to their tag of 'secret society', Masonic buildings are very clearly marked - Masonic brothers wear very visible rings and jewelry, and Masonic meeting schedules are mentioned in newspapers. They are, in fact, a society with secrets, much like any other organization or company whose products we use in our day-to-day life. Pepsi may not be a secret society, but it doesn't just give away its secret formula to everyone. The same applies to the masons who strive hard to keep every bit of information to themselves and maintain confidentiality.

'Dung of the Devil' Plant Roots may Offer Swine Flu Cure
Chinese scientists have found that the roots of a plant have powerful natural substances that can kill the H1N1 virus.
READ MORE