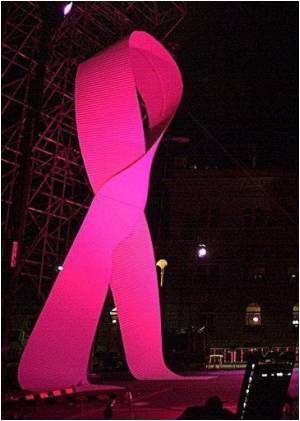 Hormone replacement therapy and lifestyle choices do not boost the risk of breast cancer associated with a dozen common genetic mutations, according to a study published Wednesday.

Factors such as hormone treatment, alcohol consumption, obesity and giving birth to a first child later in life have all been linked to a higher risk of breast cancer.

A number of common genetic variations also correlate with the disease, albeit weakly.


Earlier research suggested that combining the two types of risk factors could amplify the overall danger, but results were inconclusive.

To help tease apart genetic and non-genetic influences, scientists led by Ruth Travis at the University of Oxford examined the medical histories of some 17,350 women, 7,160 of whom had developed breast cancer.

Management of breast cancer during pregnancy or pregnancy associated breast cancer requires special consideration to avoid harm to the fetus.
Advertisement
All of the participants provided blood samples for genetic testing and information on lifestyle habits. Most of the women were post-menopausal.

The researchers looked for 12 variants in the women's DNA known to boost the danger of cancer.

Surprisingly, none of the 120 possible match-ups between a single genetic variant and a behavioural or body-type risk factor showed a statistically significant increase in breast cancer risk.

"There was no convincing evidence for gene-environment interaction," the researchers concluded.

The study did not cover data on the BRCA1 and BRCA2 genes, which have a far stronger association to breast cancer than the other genetic variants examined but are much rarer.

"Genes account for only a small proportion of breast cancers for most women and for most women the main risk remains the lifestyle factors," said Oxford's Jane Green, a co-author of the study.

"The good news is that some of these are modifiable, so by changing their behaviour women can alter their risk of breast cancer."