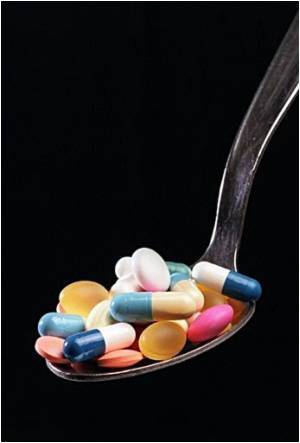 India is committed to provide life-saving drugs for poor people, says Union Commerce Minister Anand Sharma. He added on saying that "We will ensure that whatever new molecules develop, the benefit must reach the poor people".

Addressing the 7th CII- Exim Bank Conclave on India Africa Project Partnership 2011, here, Sharma assured that "India will not allow this to happen where life-saving medicines are out of the reach of poor people.

He pointed out that Indian generic has played a pivotal role in bringing down the cost of treatment of diseases like HIV AIDS from above 11000 dollars to less than 400 dollars.


However, he stressed that this was not without threat. Legal battles had to be fought and won due to stranglehold of MNC cartel, which was denying the availability of these drugs to people in poor countries.

Encyclopedia section of medindia explains in brief about the treatment for AIDS/HIV
Advertisement
"We see some signs of that again, the campaigns that have been carried out and the backdoor manipulations.....with the new medicines that are coming out that will happen again," he said.

He said India has one of the finest IPR regimes, at the same time, "intellect of the world must be for the benefit of humankind."

Speaking about the challenges being faced by Africa and India, Sharma highlighted food and energy security in the backdrop of fragile global recovery from the financial crisis and unrest in Africa and West Asia.

He pointed out the need for sustained efforts in the direction of food security as the food inventories across the world have reached dangerous levels. Opportunities for cooperation exist between Africa and India to tackle these issues.

Referring to Pan Africa e-network, Sharma informed that India gifted a dedicated a satellite to people of Africa and seek to connect the institutions in Africa with institution in India for tele-medicine and tele-education.

"Nearly 2000 African students are already registered in Indian universities and telemedicine exchanges are taking place between doctors in India and Africa," he said.

He further said: "We are currently engaged in negotiations for preferential trade agreement with SACU and are negotiating Common Market for Eastern and Southern Africa (COMESA) and The Economic Community of West African States (ECOWAS). These are integral to our commitment of engaging with all the regional economic communities of Africa to build a network which will facilitate flouring South- South Trade".

Drugs can cause side effects and toxic reactions. These reactions can be very characteristic for a particular drug. The ''Adverse Effects Finder'' is designed to help clinicians find these effects peculiar to certain drugs.
Advertisement
<< Virus-like Particles to Inhibit HIV Infection
Global Handling of Swine Flu >>

The Essence of Yoga Blood Donation - Recipients Selfie Addiction Calculator Drug Side Effects Calculator Hearing Loss Calculator A-Z Drug Brands in India Sinopril (2mg) (Lacidipine) How to Reduce School Bag Weight - Simple Tips Calculate Ideal Weight for Infants Sanatogen
This site uses cookies to deliver our services. By using our site, you acknowledge that you have read and understand our Cookie Policy, Privacy Policy, and our Terms of Use