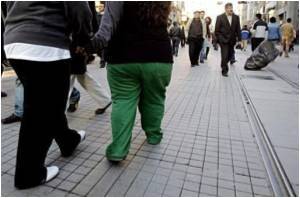 Life expectancy in Europe keeps increasing despite the obesity epidemic, with people in Britain reaching an older age than those living in the US, according to an analysis of trends over the last 40 years.

These striking findings counteract concerns that the rising life expectancy trend in high income countries may be coming to an end in the face of health problems arising from obesity.

Epidemiologist and population health expert Professor David Leon, of the London School of Hygiene & Tropical Medicine, points out that in the last five years most European countries have been going in a positive direction for the first time in decades - although the gap between East and West remains entrenched.


In an editorial published in the International Journal of Epidemiology, Professor Leon writes: "Despite what many may have assumed, and without being complacent, current trends in European life expectancy are in a positive direction.

Calculate how many more seconds have you got to live. An interesting reminder for us to live these precious moments happily.
Advertisement
"But while the European experience since 1980 underlines the centrality of the social, political and economic determinants of health, many intriguing and important questions remain unanswered about the drivers of these extraordinary trends."

Along with other Western European countries, life expectancy has been rising steadily in the UK. An important contributor to this has been the decline in deaths from cardiovascular disease.

According to Prof Leon, deaths from cardiovascular disease in the UK have seen "some of the largest and most rapid falls of any Western European country, partly due to improvements in treatment as well as reductions in smoking and other risk factors".

Despite spending more per capita on health care than any other country in the world, the US is at the same level as the lowest of any Western European country (Portugal for males and Denmark for females), while the rate for women is increasing at a much slower pace than Western Europe.

"This simple observation once again underlines that GDP and health care expenditure per capita are not good predictors of population health within high income countries," Prof Leon writes.

Within Europe, Prof Leon paints a startling contrast between East and West as the former Communist bloc struggles to catch up with its longer-living neighbours.

Since the collapse of the Berlin Wall in 1989, life expectancy has been rising in countries of central Europe such as Hungary, Poland and the Czech Republic.

However, since this has been at a similar rate to Western Europe, the two halves of the Continent have been following "parallel trajectories" which makes the East-West gap "very difficult to eliminate".

Trends in Russia and other countries of the former Soviet Union have been less positive, with life expectancy going up and down dramatically over the past 25 years. This has been largely due to changes in hazardous drinking, among men in particular.

Describing it as "shocking" that life expectancy in Russia only returned in 2008 to the level it was 40 years previously, Prof Leon suggests the recent rising trend in life expectancy is down to a reduction in alcohol related deaths rather than by broader health improvements that characterise steadier increases in the rest of Europe.

Slide show which explains obesity causes and tips on how to lose weight. Exercising before breakfast is most effective for weight loss.
Advertisement
<< Is Prostate Cancer Treatment Worth the Cost?
Elementary School Student Charged With Possession of Cocain... >>