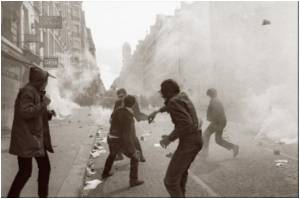 Two suspected masterminds of a bootlegging operation that has so far killed 25 people and left dozens badly injured with methanol-tainted liquor, said the Czech police on Monday.

The key suspect has made a full confession, the police said.

Czech Ban on Spirits Leads to Loss of Money and Lives

Just a week after a blanket ban on spirits was introduced in Czech Republic, restaurants and bars are reporting losses of hundreds of thousands of dollars.
Advertisement

The two are alleged to have deliberately concocted a lethal mixture of methanol and ethanol for public consumption and released it on to the Czech market.


They face maximum life sentences if found guilty as charged.

Forty-two other suspects have also been detained or indicted in connection with the unprecedented operation.

Thousands of bars, restaurants and shops were raided by the Czech police after methanol poisoning caused by bootleg spirits left 19 people dead
Advertisement
"We know about the source and how the alcohol got to the market," Czech police chief Martin Cervicek told reporters Monday.

Prosecutor Roman Kafka added that "two people are being prosecuted for endangering the public" and face 12-20 years in prison or life sentences if convicted.

In late August or early September, "they deliberately produced a strongly contaminated mixture of methanol and ethanol," he said.

"They deliberately mixed them and gave the mixture to a person... they knew to be a spirits distributor, knowing this brutal mixture would be further mixed with spirits and sent into distribution," Kafka added.

The chief suspect is a 42-year-old man from the northeastern Czech Republic. He told police he simply wanted to make money by bootlegging.

The other man, charged with assisting a crime, supplied the materials for production in which he took part, Kafka added.

The wave of methanol poisoning has killed 25 people and sent dozens to hospital across the Czech Republic, some of them in serious condition and placed in artificial comas. Others have gone blind.

Twenty-two suspects who have been charged are being held in custody, some after tampering with labels and excise stamps, she added.

The wave of poisoning led Czech authorities to impose a ban on domestic sales of liquor with more than 20 percent alcohol on September 14, followed by an exports ban a week later.

In neighbouring Slovakia, at least four people were hospitalised a week ago with methanol poisoning after partying with a bottle of Czech-made plum brandy.

But the nightmare is nowhere near over as Cervicek said police were still looking for "up to 15,000 litres of these harmful spirits on the Czech market."

"The investigations are not over yet, we have not tracked down the entire distribution network or the entire amount of the bootlegged alcohol," he added.

"And we can't guarantee that we will fully succeed," said the police chief, urging drinkers to be cautious.

The huge black market is estimated to account for about 25 percent of overall Czech liquor sales.

Besides tax losses due to bootlegged alcohol -- estimated at 1.6 billion koruna (64 million euros, $83 million) a year -- Czech state coffers are losing 130 million koruna in sales tax revenue per week under the sales ban.

With the Czech economy in recession, further losses in tax revenues threaten to wreak havoc with public spending in the ex-communist country of 10.5 million which has the world's second highest adult alcohol consumption after Moldova.

Local spirits makers hit by the sales bans lose about 15 million koruna every day, while losses at local bars and restaurants amount to 200 million koruna a day, according to analysts.

More than 20 million litres of liquor were pulled off the market as the domestic sales ban was imposed, forcing producers and bar owners to start offering softer sweet liqueurs as a substitute.

12-year-old boy from Prague was drunk to the extent that he barely walk or talk when shaken awake by police on a park bench, gloomy evidence of an unmatched alcohol scourge affecting underage Czechs.
Advertisement
<< Hookah as Harmful as Cigarettes, Say Researchers
US Could Lose Global Leadership in Cancer Research Due to Fu... >>

Find a Hospital Hearing Loss Calculator Loram (2 mg) (Lorazepam) Drug Side Effects Calculator A-Z Drug Brands in India Diaphragmatic Hernia Drug Interaction Checker Sanatogen Find a Doctor Iron Intake Calculator
This site uses cookies to deliver our services. By using our site, you acknowledge that you have read and understand our Cookie Policy, Privacy Policy, and our Terms of Use