Leptospirosis Again on the Rampage in Mumbai

How fragile is Mumbai, the so-called commercial capital of India? Come monsoon, its citizens, though of course on the lower rungs, have to cope with all kinds of health-related problems.

But last year, only three persons had died of the bacterial disease in the corresponding period whereas the September toll this time hit 22.


A senior official told reporters Friday, "Most patients come to us (public hospitals) at such a late stage that it was impossible to save them," he said, adding that considering the huge rise, the health authorities would take steps to expedite the filling up of vacant rat-killers' posts.

Another defended the administration, saying the rising toll was only a reflection of better detection. "We now have a molecular lab in the city to test leptospirosis and don't have to send cases to Port Blair for confirmation."

Leptospirosis has emerged as the great monsoon worry since 2002. After the unprecedented floods of July 2005, a leptospirosis outbreak claimed over a hundred lives and set the civic health department on a revamp drive.

Interestingly even as officials were fielding questions from the media at Mumbai, another delegation of officials of the Brihan Mumbai Municipal Corporation (BMC) were closeted with the federal health ministry officials at the national capital, New Delhi over preparedness to tackle disease outbreaks.

"We got Rs 1.14 crore for our epidemiology cell at Kasturba Hospital to develop the Integrated Disease Surveillance Project," executive health officer J Thanekar later said. The Mumbai bid had won over similar bids from Delhi and Kolkata.

"Our surveillance is among the best in the country. Now we can improve it further," said Thanekar. Given the BMC's multi-tier healthcare networkstarting with health posts and graduating to super-speciality hospitalssurveillance should not be a difficult task. "We want to improve our system to such an extent that a spurt in fever cases even in a small area can be spotted immediately." 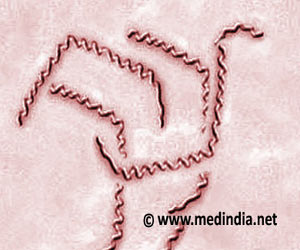 Leptospirosis
Leptospirosis is a disease caused by the Leptospira bacteria. It is also known as Weil''s disease, after the one who first recognized the disease.
READ MORE