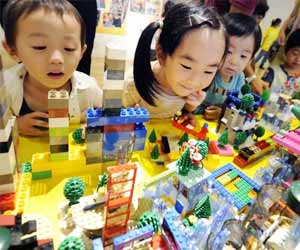 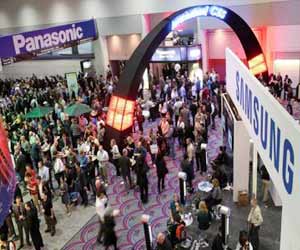 The PC-based game will incorporate many of the features of the iconic interlocking, studded plastic bricks that have delighted children -- and parents -- the world over for years.


Lego Universe, which is to be released in the second half of the year, was unveiled at the annual International Consumer Electronics Show (CES) in Las Vegas which closes on Sunday.

Like World of Warcraft or Disney's Club Penguin, Lego Universe is what is known as a Massively Multiplayer Online game, or MMO.

"Lego Universe is the first MMO based in the Lego play theme," NetDevil's Sherland told AFP. "So there's a really safe social layer for kids, good parental controls. There's not a lot of predatory stuff going on."

"The back story is basically that there's this evil force that has corrupted the purest source of imagination in the universe," he said.

"Everybody in Lego Universe gets their own planet, their own shard of the universe, and they're sort of banding together to try to defeat that force.

"You do that through this adventure game that's basically quest-based."

Lego Universe will also allow players to "make your own game play on your own planet, and then your peer group or your friends can come to your planet and you guys can play together," Sherland said.

Bricks, of course, are the foundation of the game.

"You can repurpose bricks and turn them into other things."

For example, "you're building vehicles to move around the universe such as race cars. You can take those cars into the shop, remake them, tweak them and race them again," Sherland said.

"You're building one brick at a time with a creative talent that's basically limitless -- that's super Lego," he said.

Lego has previously released Star Wars, Indiana Jones and Batman videogames, but they were just for up to two players while with Lego Universe "thousands of players can play at once," he added.

Sherland also said that anything created in Lego Universe can also be ordered online from Lego.com and "they'll have it sent to your house with building instructions."

Video Games Influence Players' Speed, Accuracy
A new study has shown that video games can have a huge influence on the speed and accuracy of players.
READ MORE

Playing Active Video Games Equivalent to Moderate Exercise in Kids
A study at the University of Oklahoma Health Sciences Centre says that playing active video games, like the Nintendo Wii, is equally beneficial for children as moderate exercise.
READ MORE

Now, Video Games Tailored To Suit Your Style
No computer game can now make you feel bored, for researchers have developed a new breed of game that aims to suit everyone by adapting to an individual's playing style.
READ MORE

Lego or Other Heritage Brands Not Hit by Recession, but Barbie is
Sales of Barbie doll have been hit in the UK even as she is celebrating her 50th birthday this year.
READ MORE