Lego can be Used to Gain Anesthetic Skills 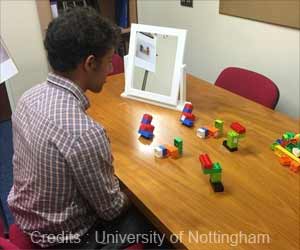 Anesthetic skills can be gained by doctors by using lego as a practical tool, according to a new research. The study has shown that simple tasks using building bricks can help build technical skills. This finding could improve medical training and patient safety.

Scientists from the University of Nottingham's School of Psychology and School of Medicine developed a task where people copied shapes using bricks that they could see in a mirror. They found this simple training improved student performance in an ultrasound-guided regional anesthesia task. The results of the study have been published in British Journal of Anaesthesia.

Ultrasound-guided regional anesthesia is when anesthetists inject local anesthetic medicines around specific nerves to provide pain relief after surgery. The anesthetists commonly use an ultrasound machine to direct their injections into the correct position around the nerve and minimize the risks of the procedure. Training new doctors in these skills currently relies on extensive practice on expensive simulators and learning during clinical care.

Dr. Hewson, Honorary Assistant Professor at the University of Nottingham and Consultant Anesthetist at Nottingham University Hospitals NHS Trust explains: "Ultrasound guided regional anesthesia is a vital skill practiced by anesthetists around the world to reduce pain after surgery. These procedures require a high level of accuracy and skill and it is vital we find safe and reliable ways to help train doctors to perform them. We wanted to explore an inexpensive, accessible and self-directed educational tool to improve the ability of doctors to perform regional anesthesia using ultrasound direction."


The educational tool required students to view in a mirror two-dimensional images of three-dimensional models constructed from Lego Duplo® bricks. They then had to recreate the models they could see in the mirror. After they had completed building the models, they were able to compare them directly with the originals. If they failed the task, they were asked to return to the mirror and make good any errors.
Advertisement
Scientists measured the students ability to perform ultrasound-guided injections on a laboratory model before and after this training and saw that students exposed to the Lego training performed the ultrasound task significantly better than students who did not receive Lego training.

Professor Eamonn Ferguson from the University of Nottingham's School of Psychology helped to design the task and explains why it worked: "This research provides a simple and innovative solution to improving people's spatial rotation and awareness. That is, to perform many modern medical technical skills a doctor has to understand how a two-dimensional image of an organ relates to the three-dimensional world inside the body. This involves finding anatomical landmarks and understanding where you are in 3D space, from a 2D image with no usual cues of judging up-down, top-bottom, left-right."

"We found previously people with good mental rotation skills were better at regional anesthesia, so we wanted to develop a way of developing these skills, in a simple, safe and inexpensive fashion. We did this by developing a simple task that mirrors - literally- the key features of ultrasound-guided regional anesthesia - understanding 3D from 2D. We had people actively engage in building as this helps to coordinate eye-hand movement and 3D representations in the brain. This simple task was extremely effective. Ten to fifteen minutes on this simple Lego building task, can save on expensive time in the simulator. We were delighted with the results."

General Anesthesia
General anesthesia is treatment with medications that induce a state of deep sleep and unconsciousne...

Local Anesthesia
Local anesthesia is a type of anesthesia generally used to block pain sensation only in a specific a...