Legionnaire's Outbreak on Bali Being Probed 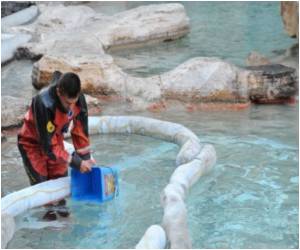 Reports of an outbreak of Legionnaire's disease on the resort island of Bali are being investigated, an Indonesian official has said. This was after 10 Australians returned home with the disease.

Bali health department chief Nyoman Sutedja said the Australian government had passed on information about a possible outbreak but so far no sign of the disease had been found.

"We are investigating in the field after receiving a report from the Australian consulate. From the hospitals here we have received no reports of people being infected with Legionnaire's," he told AFP.


"We suspect that the disease came from hotels which failed to clean up their water supply."

The Australian government has updated its travel advice to citizens visiting Indonesia, saying a "small number of cases" of Legionnaire's disease had been recorded in travellers who had returned from Bali since August.

Medical Tourism has become a serious enterprise in India over the last two years. However some hospitals have been practicing it for quite a few years.
Advertisement
"Travellers in Bali or who have recently returned, who experience ?flu-like? symptoms such as fever and cough, should consult their GPs (doctor) or hospital emergency departments, and advise them of their recent travel," it said.

"Indonesian health authorities and the World Health Organization are aware of the problem and are investigating possible sources of outbreak."

The West Australian health department warned citizens who have recently visited Bali to be alert for symptoms after a total of 10 Australians were treated for the potentially fatal disease.

Five were diagnosed with severe pneumonia after returning from holidays in Bali in December.

The disease most often affects middle-aged and elderly people, particularly those who smoke or who have lung disease, diabetes, kidney disease or a weakened immune system.

Symptoms are similar to a severe flu and could include fever, chills, muscle soreness, headaches, tiredness, reduced appetite, diarrhoea, dry coughing and breathlessness.

Health insurer International SOS said at least six victims were believed to have used the same Kuta hotel, and most had visited the same shopping centre.

Legionnaire's disease is caused by bacteria that grow in water, particularly in warm environments such as hot tubs, hot water tanks, plumbing systems and air-conditioning systems.

It is contracted through inhalation of contaminated water droplets and is not known to be transmitted from person to person.

Bali has also been battling a rabies outbreak that has killed more than 100 people since November, 2008.

Loram (2 mg) (Lorazepam) Accident and Trauma Care Drug Interaction Checker A-Z Drug Brands in India Color Blindness Calculator Daily Calorie Requirements Blood - Sugar Chart Sanatogen Find a Doctor Drug Side Effects Calculator
This site uses cookies to deliver our services. By using our site, you acknowledge that you have read and understand our Cookie Policy, Privacy Policy, and our Terms of Use