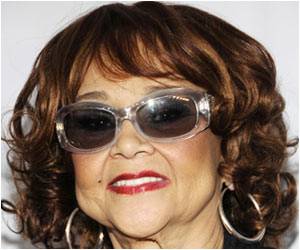 Soul-singer Etta James passed away early on Friday in California after a lengthy struggle with leukemia. She was 73.

Lupe de Leon said that her husband Artis Mills and her sons were at her side when she passed away.

"It's a tremendous loss for her fans around the world... She'll be missed. A great American singer. Her music defied category," the Telegraph quoted Leon as saying.


One of James' most enduring hits was the yearning song 'At Last', which was also sung by Beyonce for Barack Obama and wife Michelle during his 2008 inauguration.

Leukemia is cancer of blood-forming tissues in the body.
Advertisement
The singer had dealt with health troubles almost all through her career, having struggled with addiction and obesity in her past.

James was a key figure in the early days of R and B music with hit songs like 'The Wallflower' and 'Good Rockin' Daddy'. But it was her 1961 recording of the ballad 'At Last' that put her on the map.

Boldness was a trademark style of the singer who gave her first hit as a teenager with 'Roll With Me, Henry', whose suggestive title had to be changed to 'The Wallflower'.

Over the years, the singer carved a niche for herself with her husky, soulful voice and sassy attitude, which permeated her songs.

But it was the jazz-inflected rendition of 'At Last' that would come to define her and make her legendary. The song was a remake of a 1941 standard, but after she was done with it, her version became the new standard.

The singer - born as Jamesette Hawkins in Los Angeles - wrote in her 1955 autobiography 'Rage to Survive' that her mother was a scam artist and she never knew who her father was, although she was told that it was billiards player Minnesota Fats.

She was discovered by bandleader Johnny Otis when she was singing on San Francisco street corners and started touring with him in 1955.

She was signed with Chicago's legendary Chess label in 1959 and started touring with performers like Bobby Vinton, Little Richard, Fats Domino, Gene Vincent, Jerry Lee Lewis and the Everly Brothers.

Her heroin addiction began in 1960, haunting her for two decades, during which she hit rock bottom. In 1984, her career got a boost again when she was asked to sing the national anthem at the Olympic Games in Los Angeles. However, in the late 1980s, she again got addicted, this time to painkillers

James struggled with weight too and often performed from a wheelchair as she got older and heavier. In the early 2000s, she had weight-loss surgery and shed some 200 pounds

The singer did get her accolades over the years. She was inducted into the Rock Hall in 1993, captured a Grammy in 2003 for best contemporary blues album for 'Let's Roll'; one in 2004 for best traditional blues album for 'Blues to the Bone'; and one for best jazz vocal performance for 1994's 'Mystery Lady: Songs of Billie Holiday'.

She was also awarded a special Grammy in 2003 for lifetime achievement and received a star on the Hollywood Walk of Fame.

Chronic Lymphocytic Leukemia (CLL) is one of the most common types of adult leukemia and is considered as one of the 'good cancers'.
Advertisement
<< Quitting Smoking Is A Tougher Job For Poorer People
Study Reveals Secret Behind Centenarians' Longevity >>