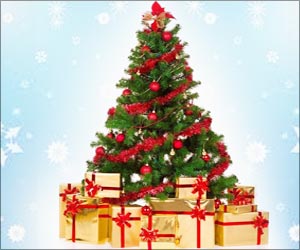 Scientists have found a way of using left-over sprouts by utilizing them to power a battery to light up a Christmas tree.

A new project installed on the South Bank of the Thames in London on behalf of the Big Bang UK Young Scientists and Engineers Fair, is the world's first battery made entirely of Brussels sprouts, which were used to light 100 LEDs on an 8-foot Christmas tree.

According to Mashable, the battery was created from five power cells, each carrying 200 sprouts that are hooked up to copper and zinc electrodes, and produced a grand total of 63 volts.


The 1,000 sprouts are expected to last for a month, beyond Christmas, before the need to replenish them.

CEO of EngineeringUK, which runs the fair, Paul Jackson said that the aim of the project is to let young people think about STEM subjects in an interesting way, and creating a battery with the use of sprouts appeared as an interesting way to achieve the aim.

Organ Donation: A Christmas Gift
This Christmas season be an organ donor and donate the gift of life..!...

Christmas Tree Needles can Sterilize Medical Nano Devices
A new study reveals that the needles from the Christmas tree can be used in sterilizing nano ......

Health Benefits of Alfalfa Sprouts
Start reaping the benefits of the amazingly nutritious alfalfa sprouts by incorporating them in your...