Left or Right Handedness is Decided When You Were a Foetus 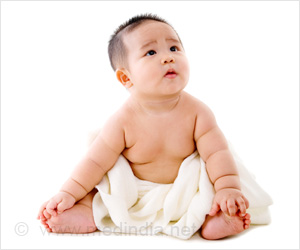 Are you a lefty or righty? Well it was decided when you were still in your mum's womb! A preference for the left or the right hand might be traced back to asymmetry.

These results fundamentally change our understanding of the cause of hemispheric asymmetries. The study was published in the journal eLife. To date, it had been assumed that differences in gene activity of the right and left hemisphere might be responsible for a person's handedness.

Abdominal adiposity has been correlated with cardiometabolic disease, but whether it actually has a role in causing those conditions was unknown.
Advertisement
‘Epigenetic factors appear to be at the root of it, reflecting environmental influences. Those influences might, for example, lead to enzymes bonding methyl groups to the DNA, which in turn would affect and minimise the reading of genes.’

A preference for moving the left or right hand develops in the womb from the eighth week of pregnancy, according to ultrasound scans carried out in the 1980s. From the 13th week of pregnancy, unborn children prefer to suck either their right or their left thumb. Arm and hand movements are initiated via the motor cortex in the brain. It sends a corresponding signal to the spinal cord, which in turn translates the command into a motion.


The motor cortex, however, is not connected to the spinal cord from the beginning. Even before the connection forms, precursors of handedness become apparent. This is why the researchers have assumed that the cause of right respective left preference must be rooted in the spinal cord rather than in the brain. The researchers analysed the gene expression in the spinal cord during the eighth to twelfth week of pregnancy and detected marked right-left differences in the eighth week -- in precisely those spinal cord segments that control the movements of arms and legs.

Non-viral vectors, including SLNs and NLCs, are regarded as highly promising systems for delivering nucleic acids in gene therapy.
Advertisement
Another study had shown that unborn children carry out asymmetric hand movements just as early as that. The researchers, moreover, traced the cause of asymmetric gene activity. Epigenetic factors appear to be at the root of it, reflecting environmental influences. Those influences might, for example, lead to enzymes bonding methyl groups to the DNA, which in turn would affect and minimise the reading of genes. As this occurs to a different extent in the left and the right spinal cord, there is a difference to the activity of genes on both sides.

Genetically Engineered Mouse That Does Not Become Addicted to Cocaine

Learning - including learning about the pleasure induced by a stimulant drug - requires a strengthening of certain synapses.