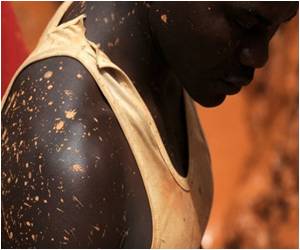 Human Rights Watch said Tuesday the lead poisoning epidemic in Nigeria's north that has killed 400 children and affected thousands is the worst in modern history, but cleanup of the affected villages is yet to begin in many areas.

Toys and parks are no longer safe for children. It is the main cause for lead poisoning.
Advertisement

The group reiterated a previous official death toll of 400 children, with the poisoning having been caused by illegal gold mining in villages in northern Zamfara state.


"What is urgently needed is a cleanup of the affected villages and some four million dollars (three million euros) will be required for this purpose," HRW researcher Jane Cohen told AFP.

Consuming foods that have been contaminated with pathogens such as E.coli, Salmonella or Campylobacter, can cause food poisoning.
Advertisement
She said foreign donors, Nigeria's federal and the Zamfara state government must work together to tackle the problem.

"The Zamfara government is making some efforts, but this not enough. The Nigerian government and international community have to be involved," she said. Clean-up efforts have taken place in some areas and charities such as Doctors Without Borders have been treating victims but more urgent work is needed, according to HRW.

A robust clean-up should begin before the rainy season starts in April, Cohen said.

"Environmental cleanup efforts have not even begun in numerous affected villages," the group said.

"Research by Human Rights Watch in Zamfara in late 2011 found that children are exposed to this lead dust when they process ore in the mines, when their miner relatives return home covered with lead dust, and when the lead-filled ore is manually or mechanically crushed at home," it said.

"Children can also be exposed to toxic lead in contaminated water and food."

The extent of the poisoning began to come to light some two years ago.

Local communities had initially largely concealed or denied the fatalities and illnesses from lead poisoning for fear that authorities would ban their mining activities, a Doctors Without Borders official has said.

Illicit gold mining is more lucrative than agriculture for the impoverished farming communities.

Lead poisoning has proven to be extremely dangerous for children and pregnant women. India is still to follow and implement international norms of safety
Advertisement
Advertisement

The process of removing heavy metals from the body is known as Chelation Therapy. Learn more about the ...

Lead Poisoning occurs due to exposure to the heavy metal lead. The presence of lead in the body above a ...